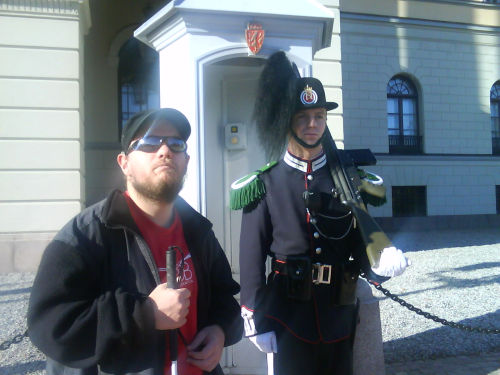 Guard outside the King’s Castle in Oslo. 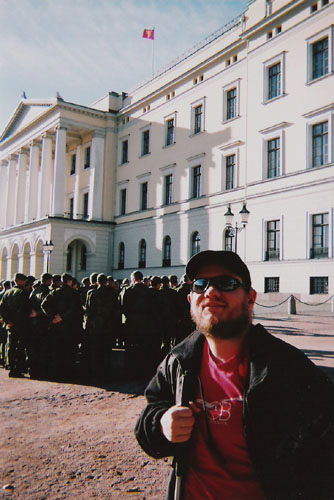 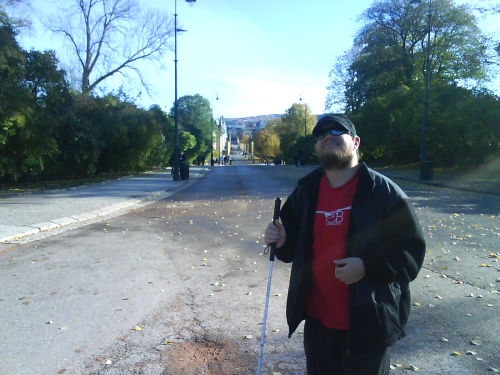 Street in Oslo on the hill up to castle and down to train station. One of the main streets of this small capital city. 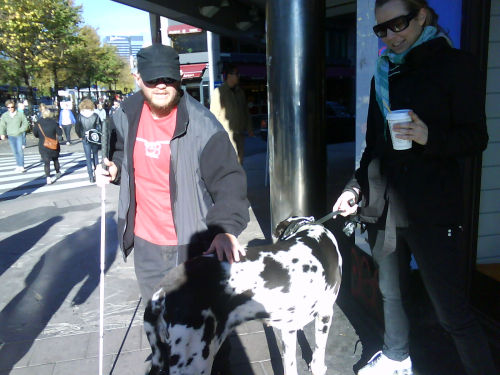 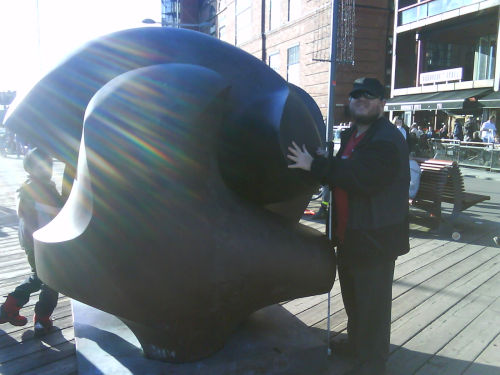 A Stone Eye! On the harbour front, Oslo. 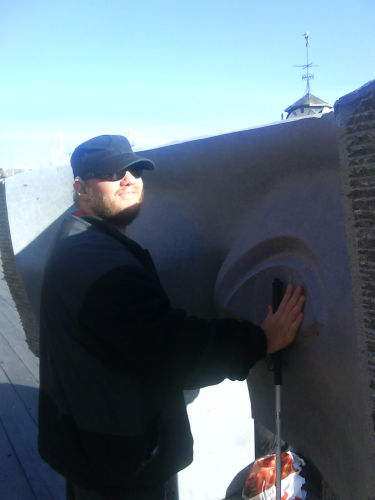 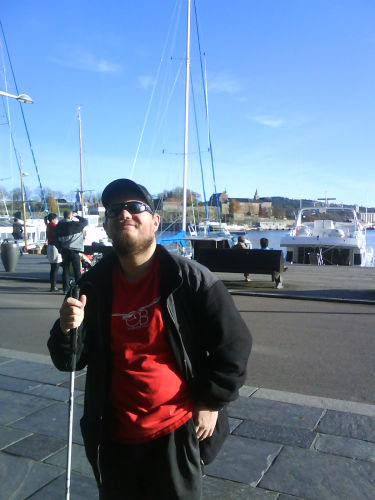 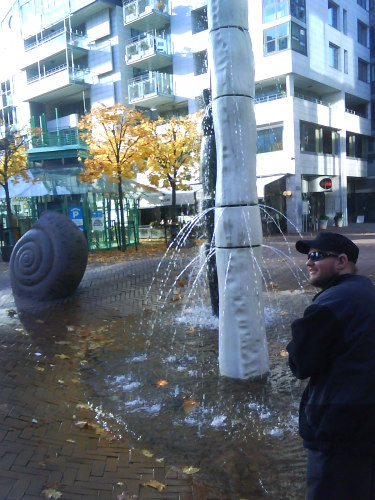 A fountain in Oslo centre, near the harbour. 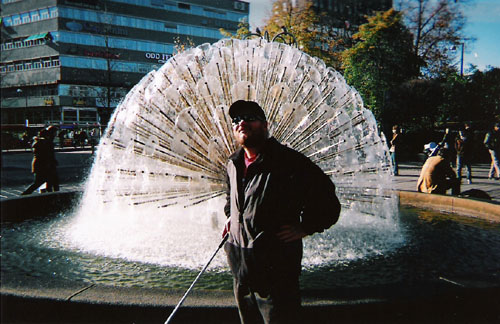 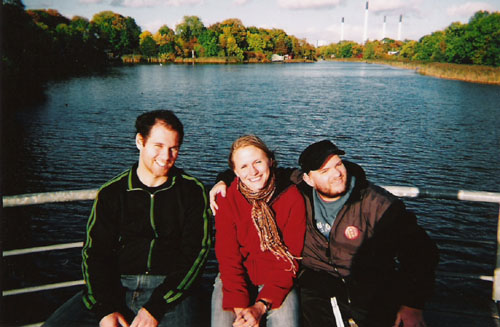 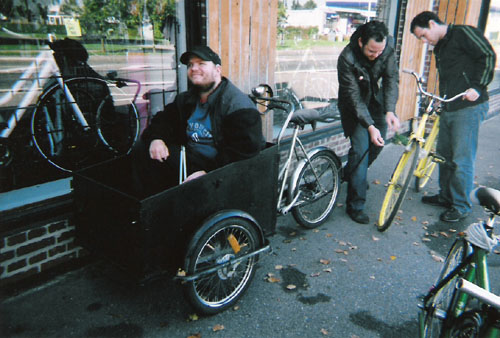 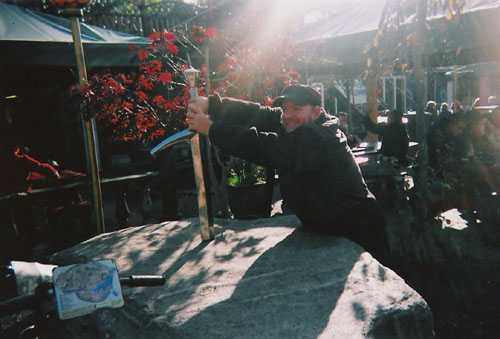 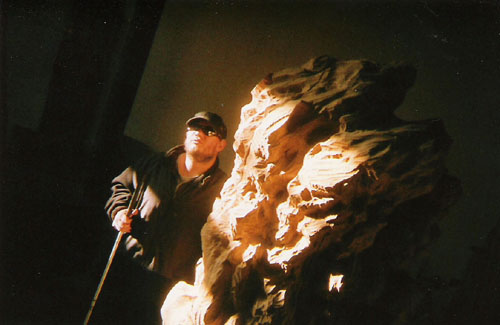 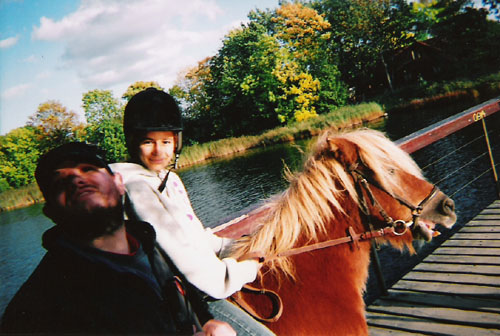 Girl on a horse and Tony. Christiania. 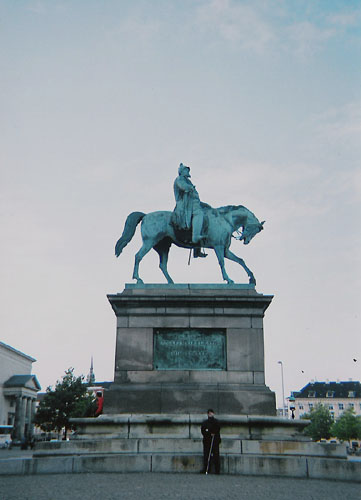 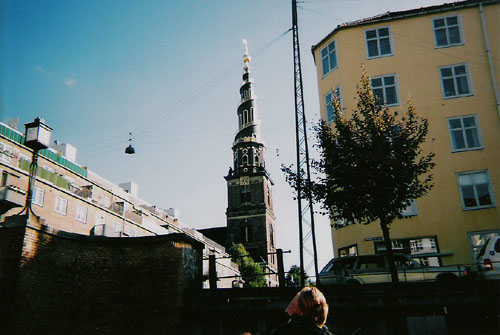 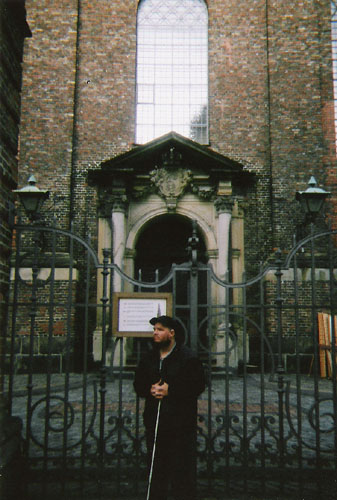 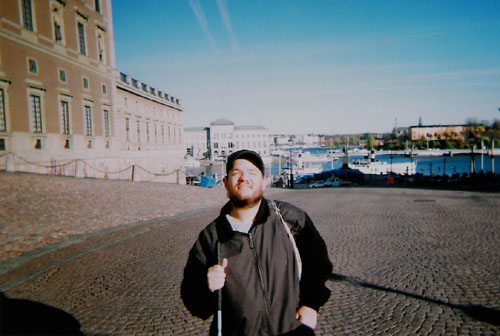 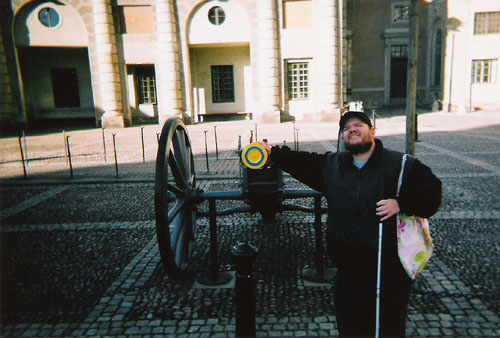 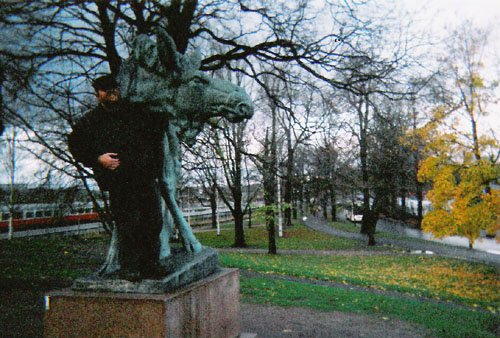 An elk (the grey image).