Tony kayaking in the mangroves, off the Caribbean coast near Portobelo. 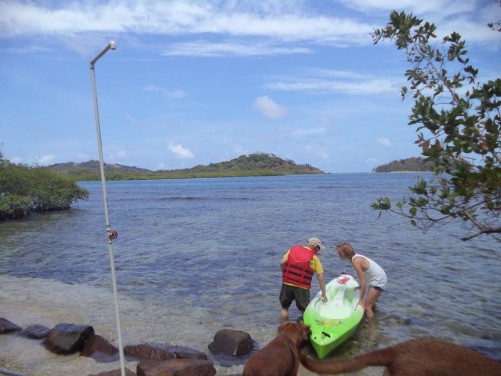 Tony with his guide preparing to climb into the kayak. View from the beach. 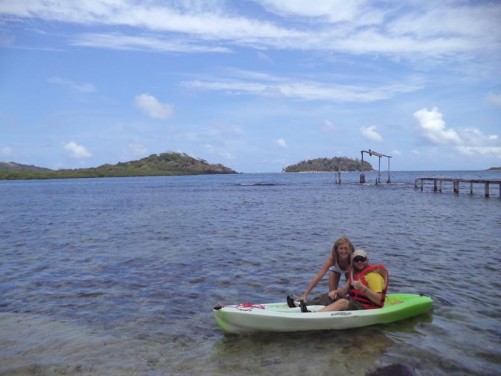 Tony now in the kayak ready to head into the mangroves. 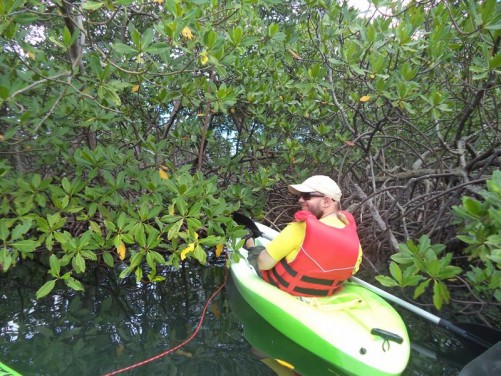 Exploring the mangroves. Tony paddling into dense woody vegetation. The mangroves are made up of low lying trees and grass, which fish and birds feed off. 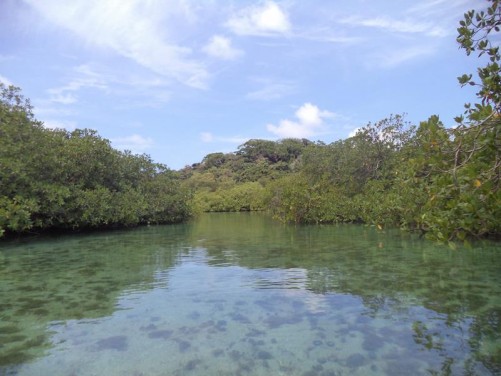 View along a channel inside the mangroves. The water is very shallow with thick vegetation on both sides. 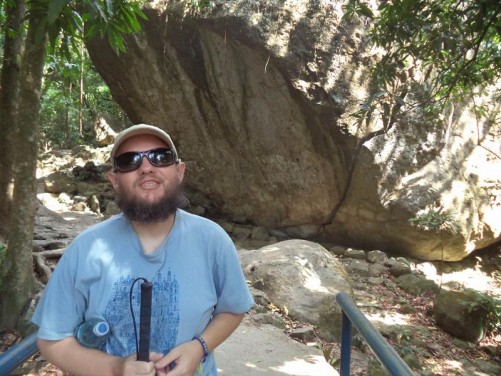 Tony standing in the jungle on a small bridge near Chorro Macho (Macho Waterfall). A large boulder behind. 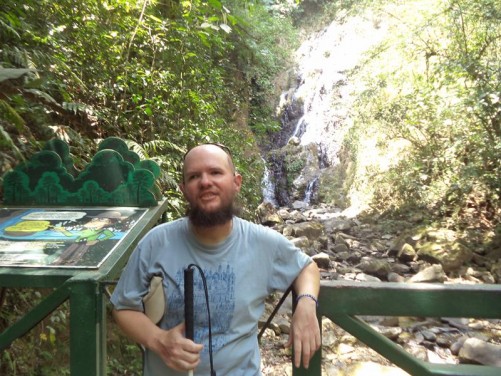 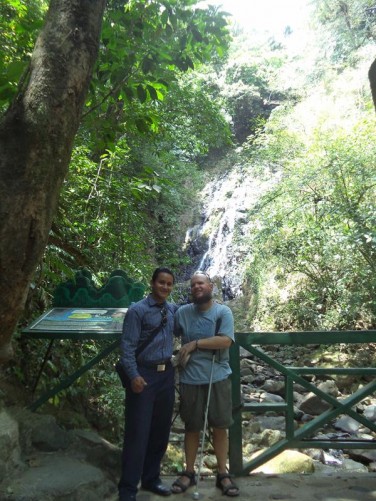 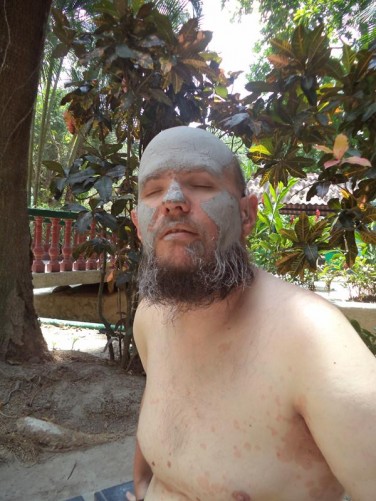 Incredible picture of Tony with a mud face mask. 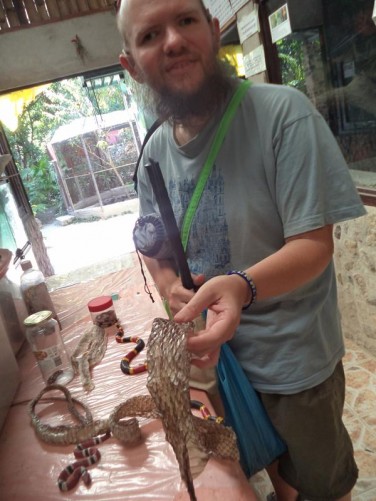 Tony examining the skin shed by a snake at El Serpentario snake centre. Most snakes shed their skin 4-8 times per year. 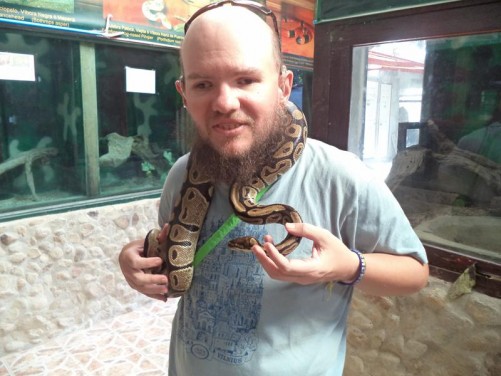 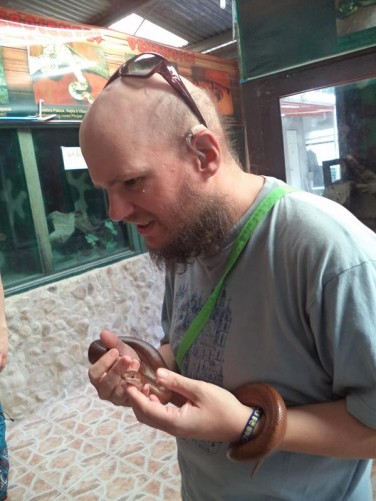 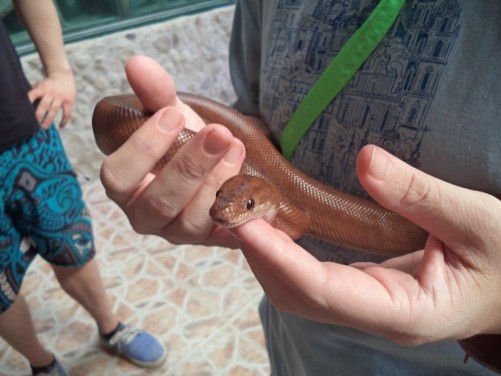 Close-up of Tony holding the snake. 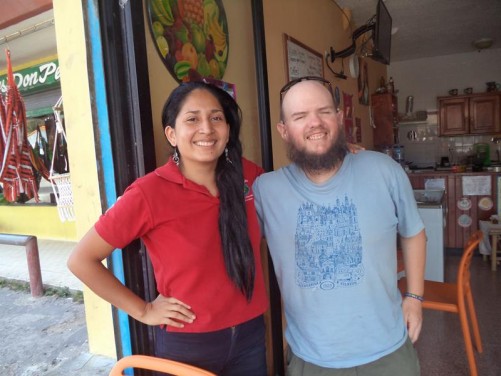 Tony with a Panamanian lady named Heaven, who Tony couch-surfed with for one night. 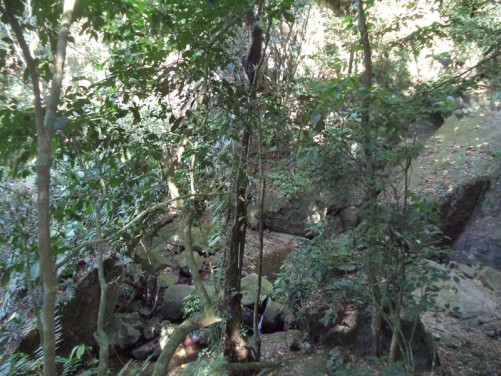