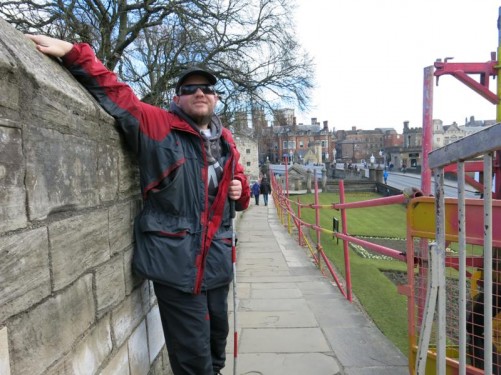 Tony on a path by the city walls. Behind is the Lendal Bridge over the River Ouse leading into the centre of York. 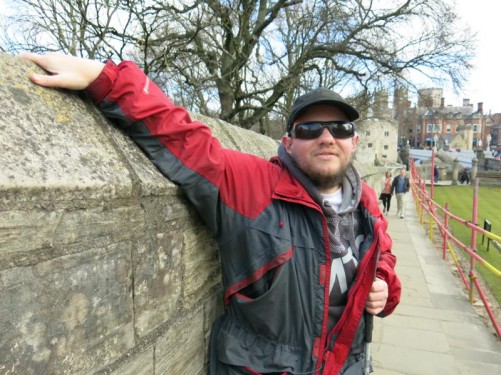 Tony with his hand on the city wall. 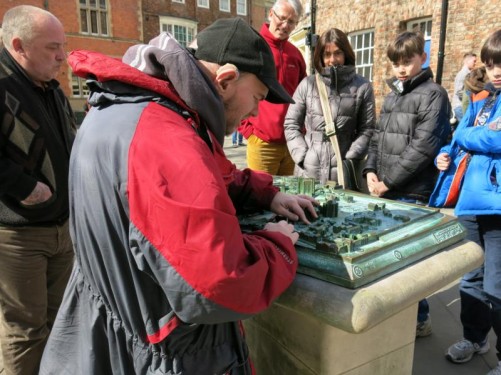 Tony examining a bronze model of York Minster and the surrounding area. The model includes labels in Braille. It is located in front of the Minster itself. 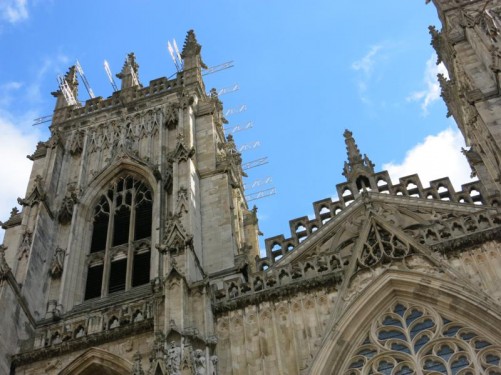 Looking up at the front façade of York Minster. The Minster is the second largest Gothic cathedral in Northern Europe. It was built over 250 years between 1220 and 1472. The first Christian church on the site has been dated to 627. 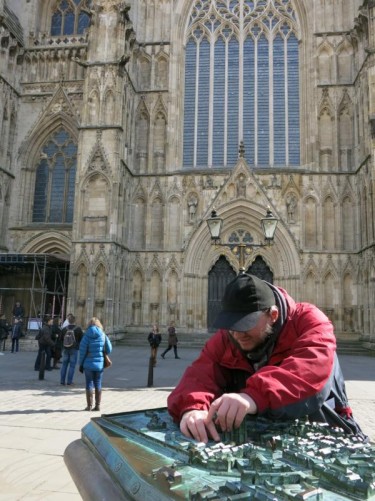 Another view of the bronze model and the front of the actual Minster behind. 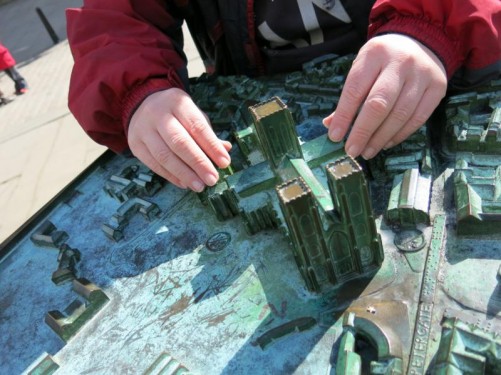 Close-up of Tony touching the model. One of the Braille names visible. 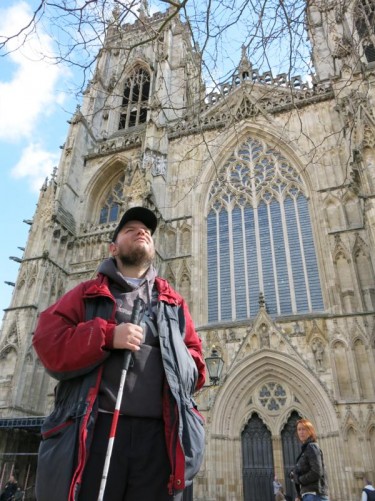 Tony in front of York Minster. 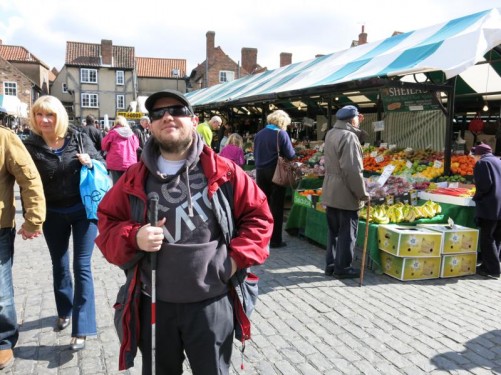 Tony at the market in the centre of York. 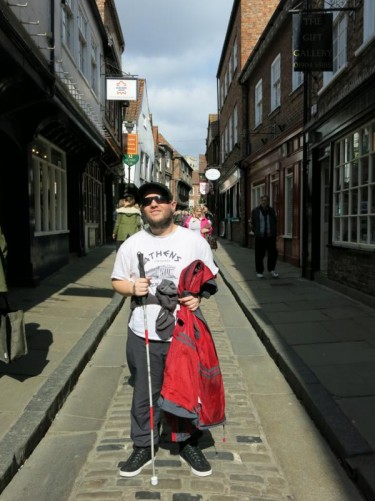 The Shambles – a narrow medieval street with overhanging timber-framed buildings, some dating back as far as the fourteenth century. 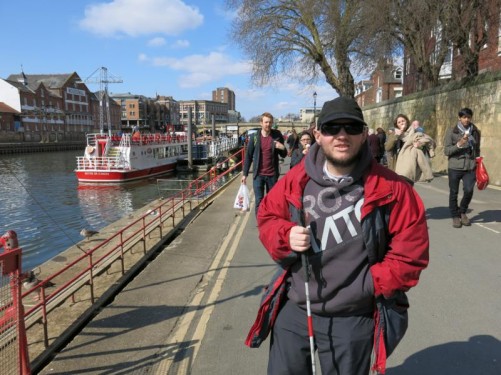 Tony on a street by the River Ouse in the centre of York. A boat offering river cruises moored along side. 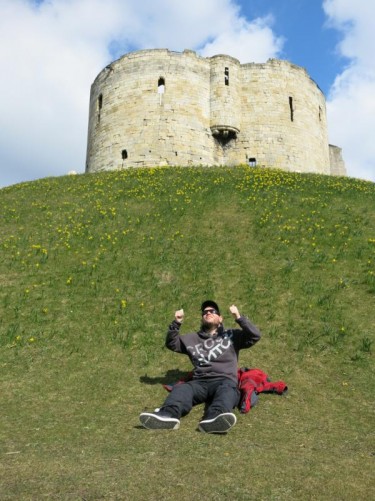 Tony sitting on the grass covered mound of Clifford’s Tower. This was the keep of York Castle, which was originally built on the orders of William the Conqueror in 1068. The first tower was made of wood but it was rebuilt of stone in the mid-13th century under Henry III. Today the tower is a well-known landmark and tourist attraction in York. 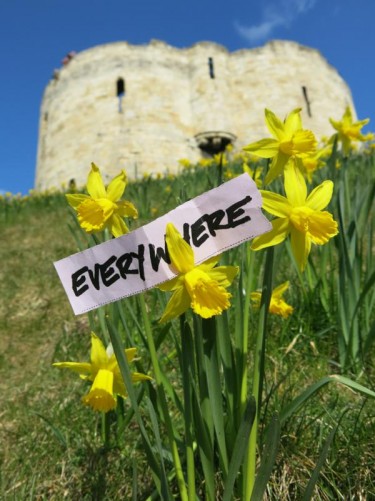 Daffodils with a paper note that reads ‘Everywhere’. Clifford’s Tower on top of the mound behind. 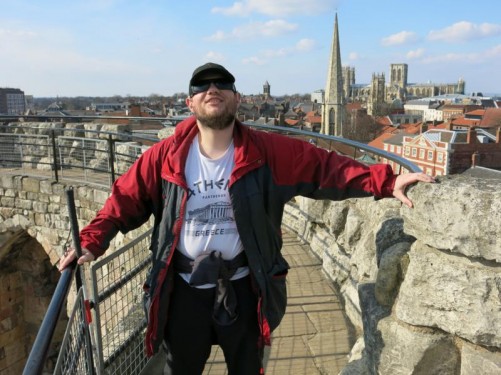 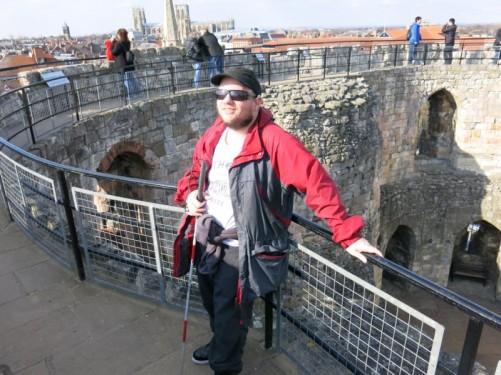 Tony on the roughly circular walkway around the battlements on top of Clifford’s Tower. Again views of the city around. 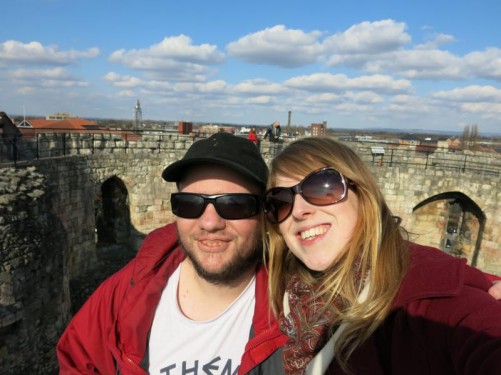 Tony and Lucy on Clifford’s Tower. 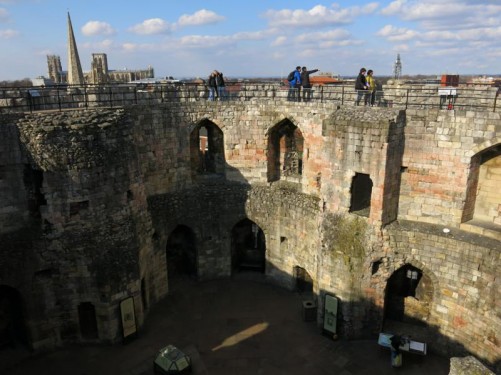 Looking down into the courtyard in the centre of Clifford’s Tower. 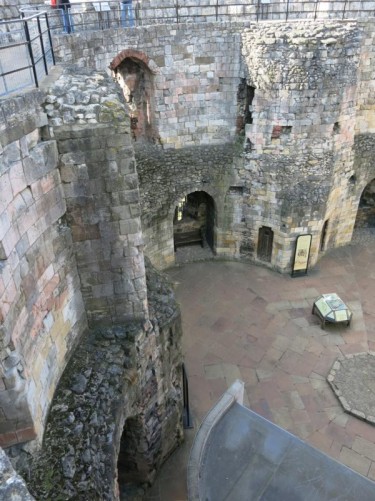 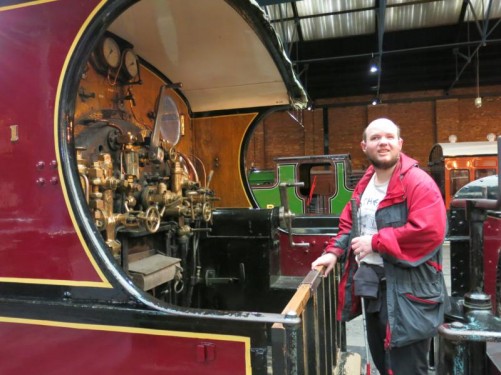 Tony on a steam locomotive. The controls in front of him. National Railway Museum, York. 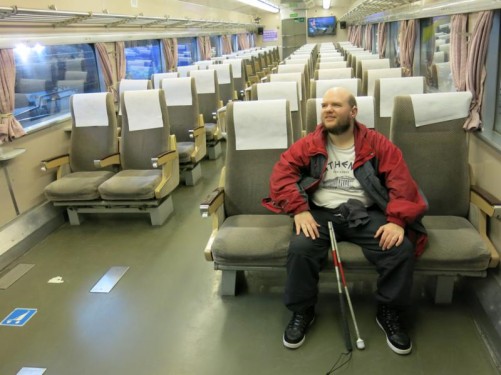 Tony sitting in a carriage of the famous Japanese Bullet train. 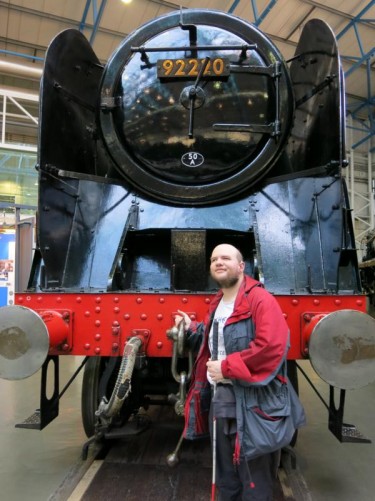 In front of the Evening Star: the last steam locomotive to be built in the UK. 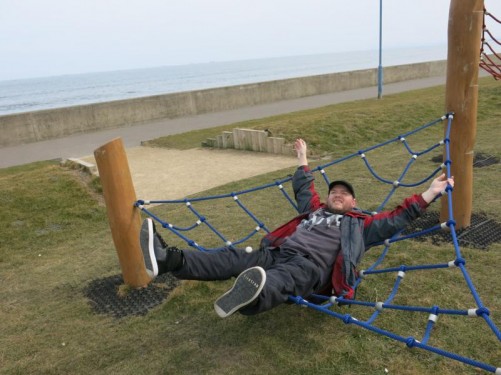 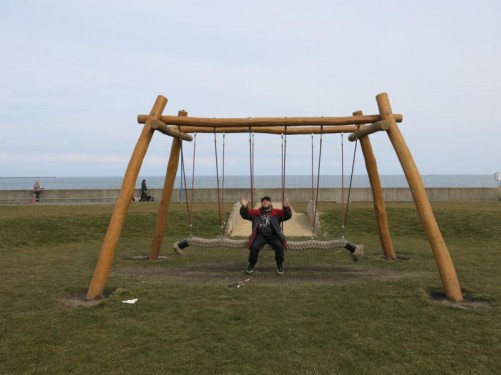 Tony on a rope swing. 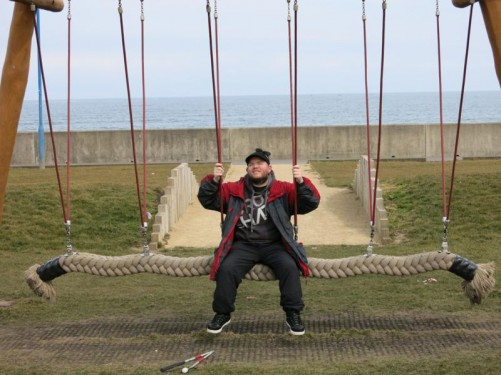 Closer view of Tony on the swing. 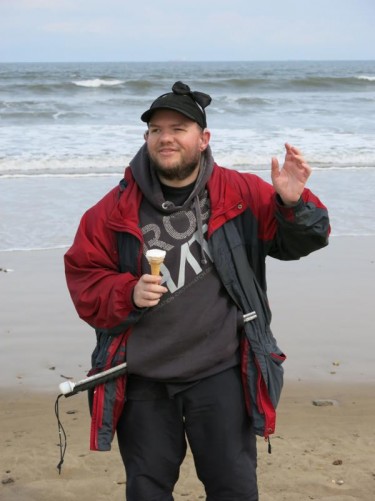 Tony eating an ice cream on the beach. 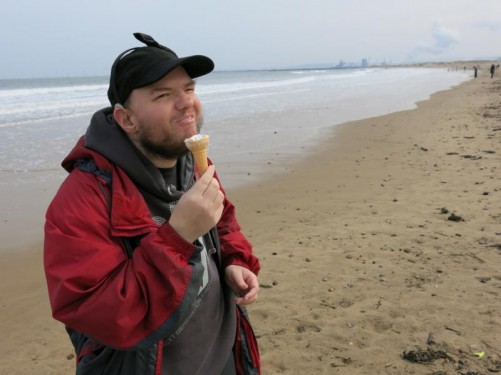 Again Tony eating the ice cream and a good view along the beach. On the horizon steam can be seen rising from the Teesside Steelworks at Redcar.