The Palace of Versailles (Château de Versailles) is a royal château in Versailles in the Île-de-France region of France. Versailles is a wealthy suburb, located some 20 kilometres (12 miles) south-west of the centre of Paris. It is easily reached from central Paris by metro and train.

Versailles was the seat of political power in France from 1682, when King Louis XIV moved the royal court from Paris, until the royal family was forced to return to the capital in October 1789, some three months after the beginning of the French Revolution. 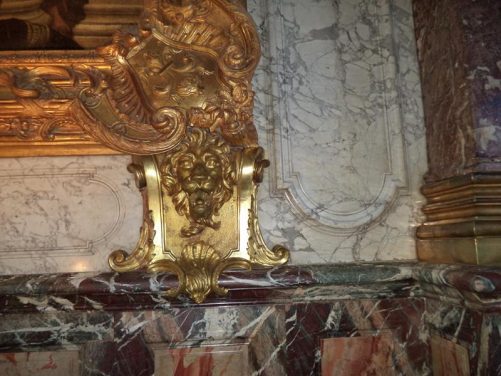 Ornate wall decoration including a golden lion’s head inside the Hercules Salon at the Palace of Versailles. 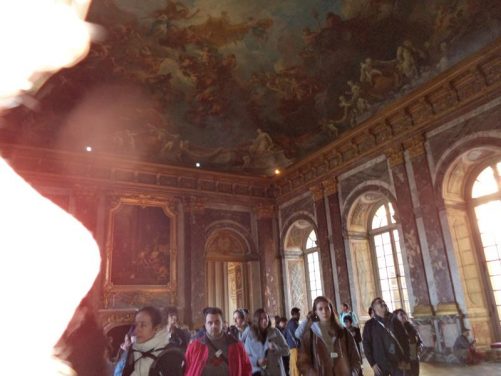 Again in the Hercules Salon. Part of the ceiling can be seen covered with a giant painting of the Apotheosis of Hercules by François Le Moyne. The room was completed in 1736. 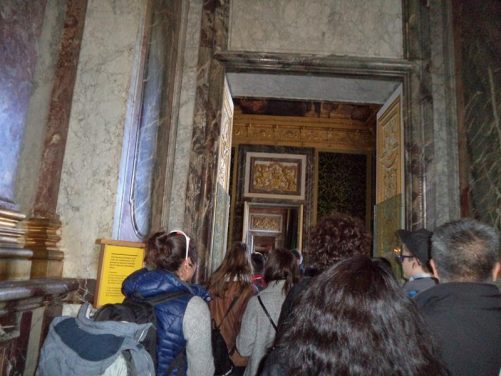 A group of visitors passing through a grand doorway inside the Palace of Versailles. 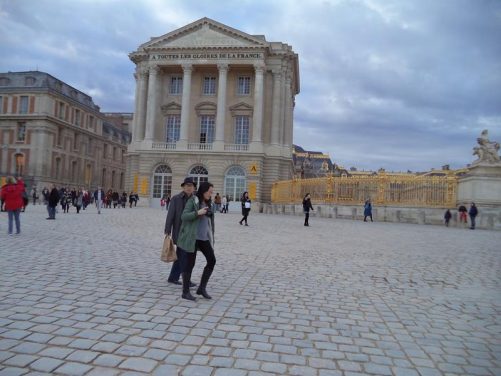 The entrance courtyard (Cour d’Honneur) at the Palace of Versailles looking towards the south wing of the palace. 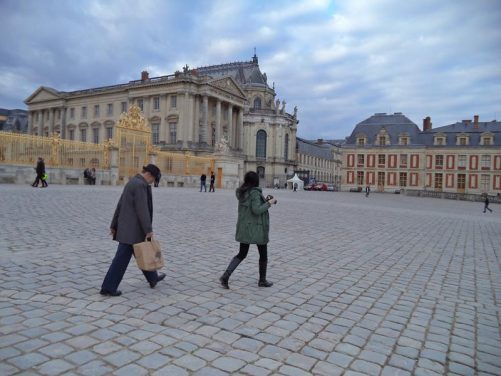 Looking towards the north wing of the palace with golden railings and gates at the entrance to the Cour Royale (Royal Courtyard). 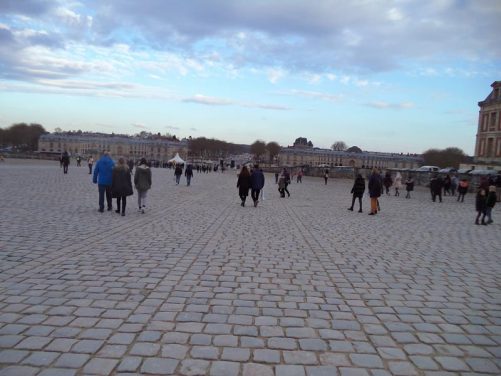 View across the Cour d’Honneur towards the entrance gates and the tree-lined Avenue de Paris outside. 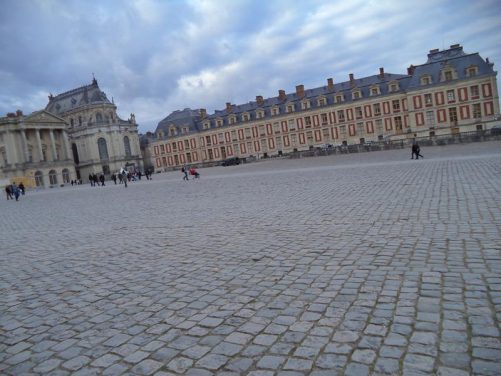 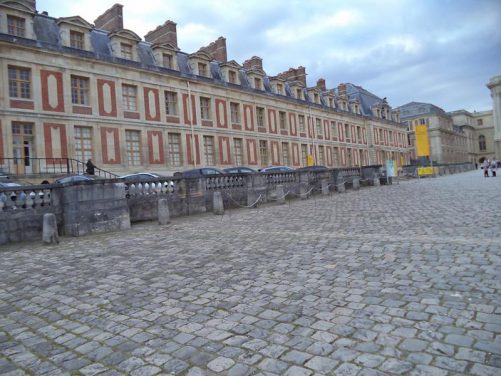 The Ministers’ South Wing. The minsters’ wings stand separate from the main palace on the north and south sides of the Cour d’Honneur. This is where the more important government ministers used to be based. 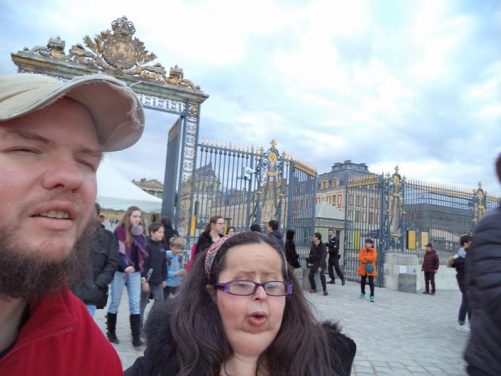 Tatiana and Tony at the Main Gate. 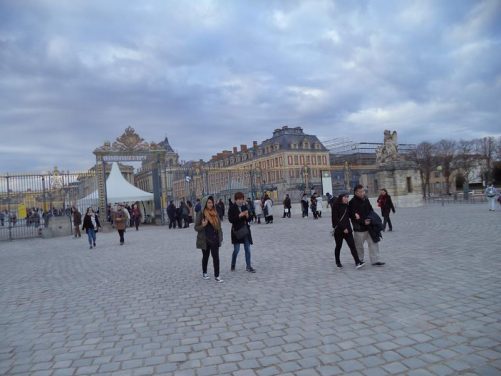 Outside the Main Gate. Blue and gold railings in front and the palace beyond.