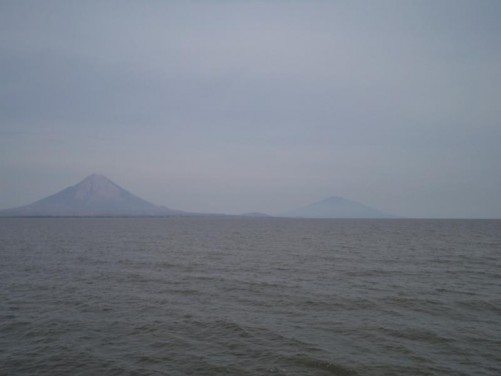 View of Concepción and Madera volcanoes from aboard a large ferry crossing Lake Nicaragua. These volcanoes are on the island of Ometepe. Lake Nicaragua is Nicaragua’s largest lake. 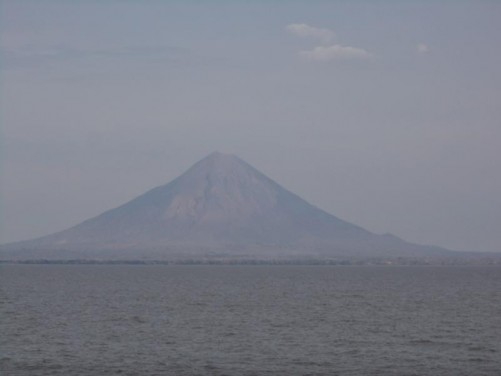 Looking towards Concepción volcano rising to 1600 metres. In shape it is a symmetrical cone with the crater visible at the top. Unlike Madera, which is dormant, Concepción is still active and has erupted at least 25 times since 1883. 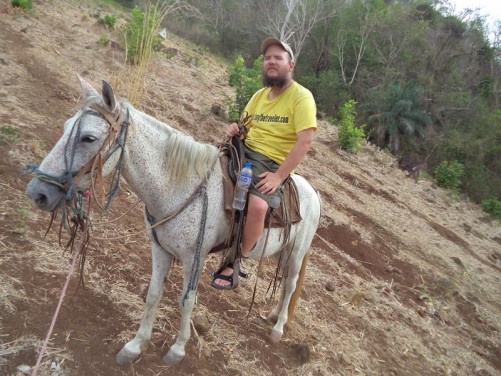 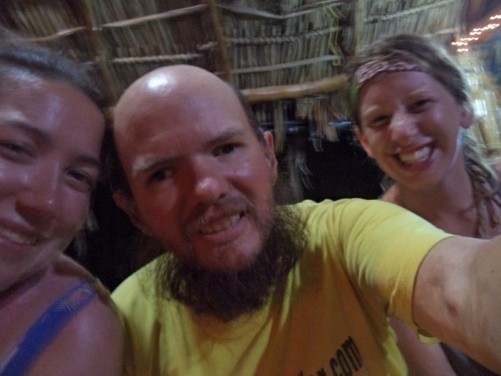 Rafting in the Rio Pacuare, near Turrialba. 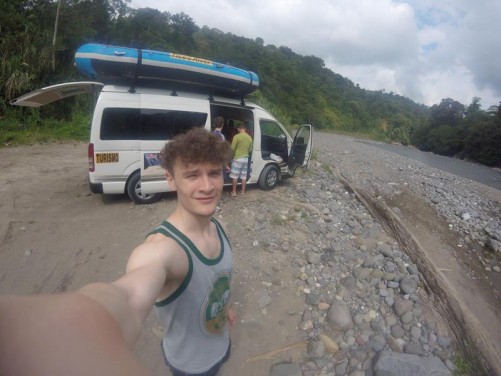 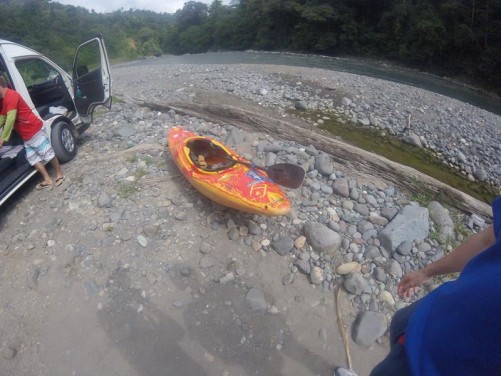 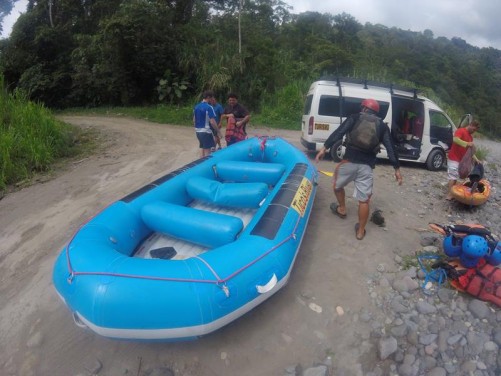 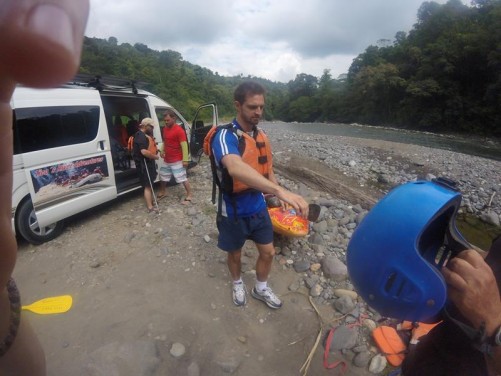 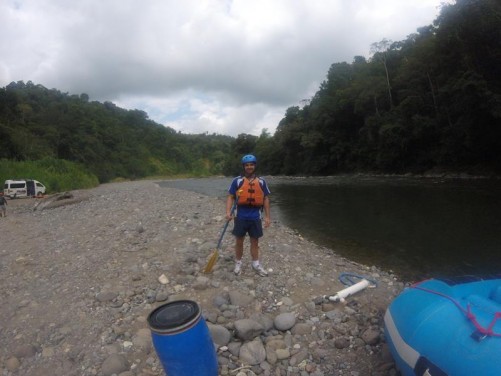 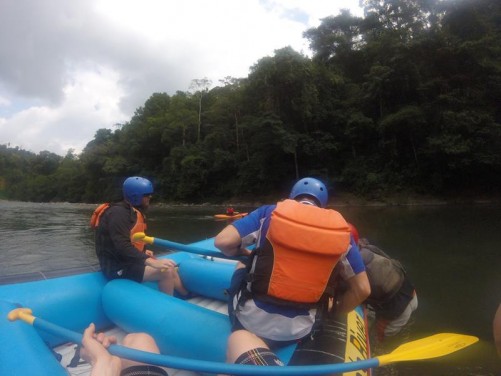 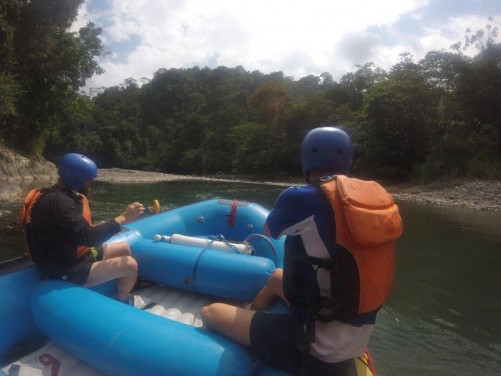 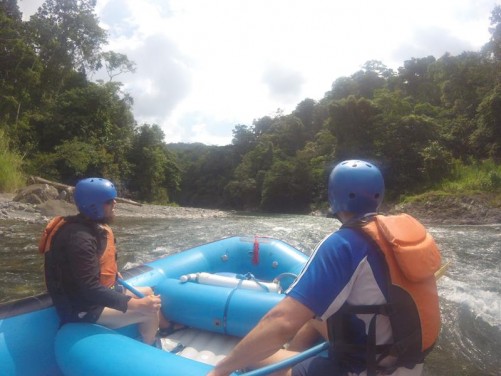 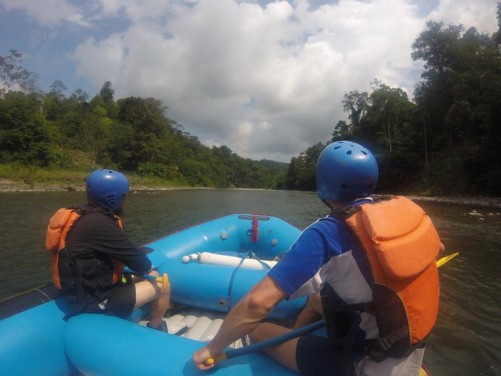 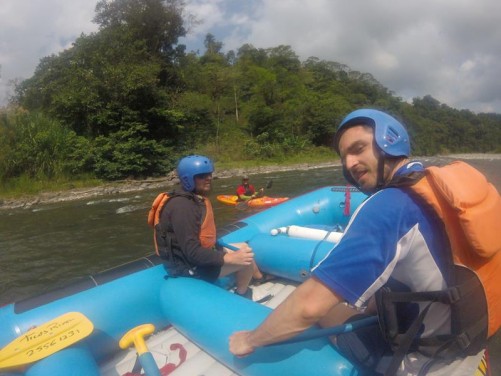 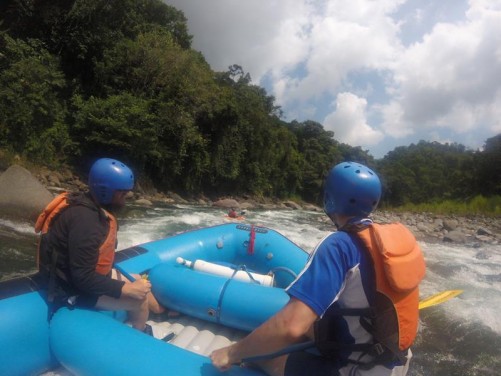 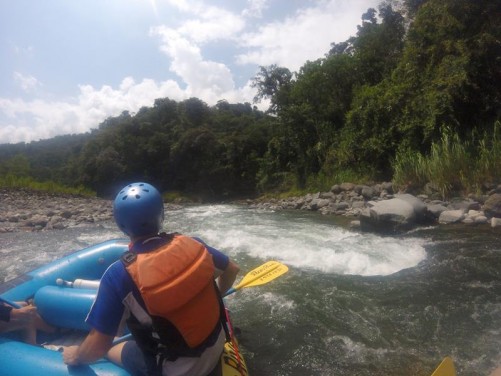 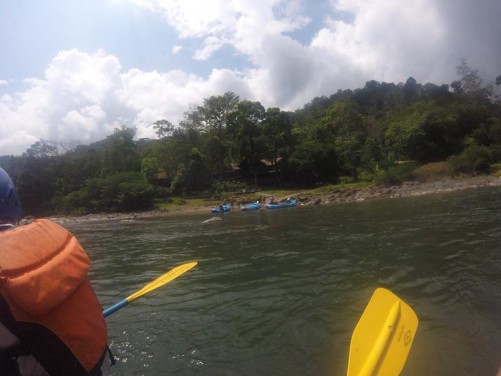 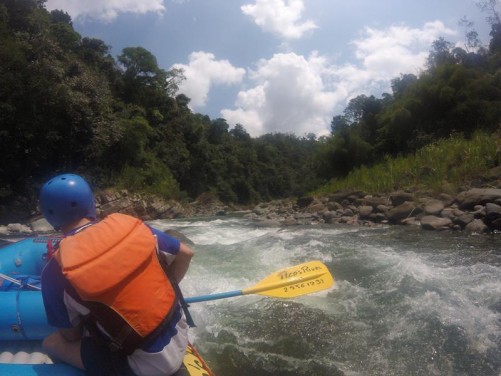 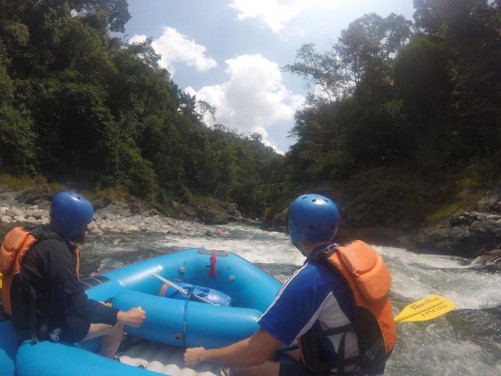 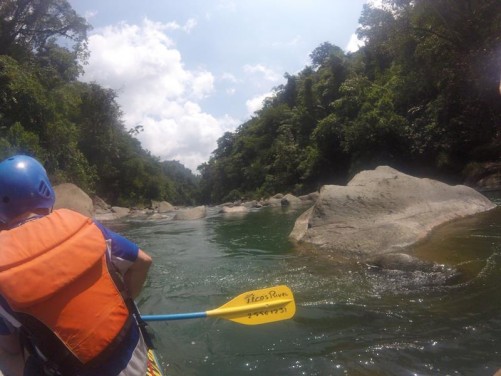 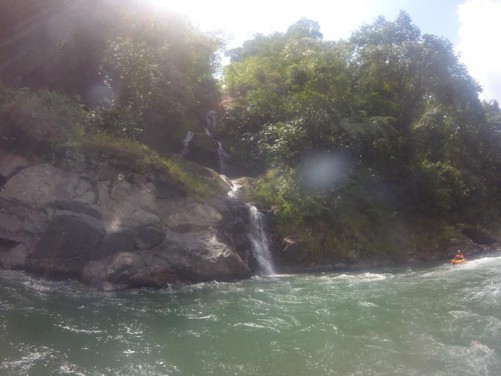 A waterfall cascading down the semi-wooded cliffs lining the river bank. 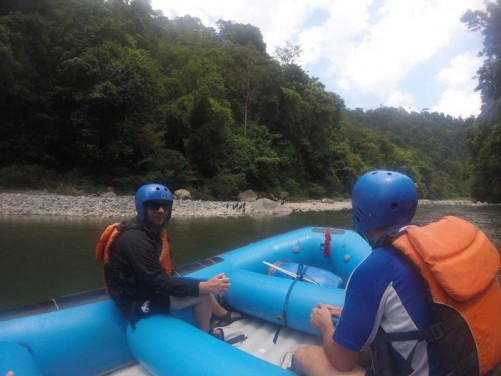 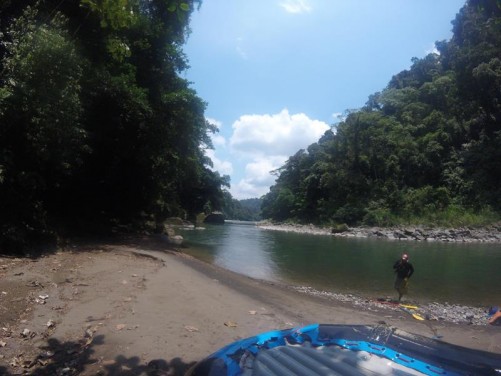 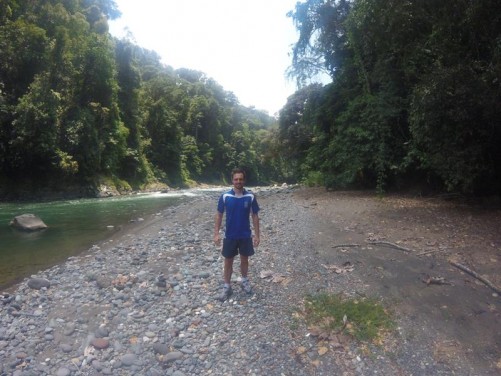 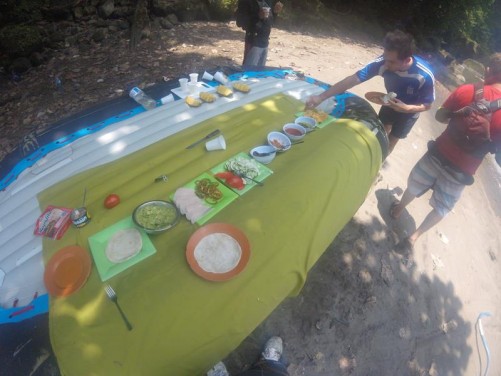 Lunch laid out on the back of the raft.