Mayotte is a small tropical island located in the northern Mozambique Channel in the Indian Ocean, off the coast of south-east Africa. It is part of the Comoros archipelago. Mayotte consists of a main island, Grande-Terre (Maore), a smaller island, Petite-Terre (Pamanzi), and several islets. It is an overseas department and region of France. The capital is Mamoudzou on the north of Grande-Terre.

The Dzaoudzi–Pamandzi International Airport is located on the smaller island of Petite-Terre. The two main islands are connected by a passenger/car barge and the journey takes approximately 20 minutes. 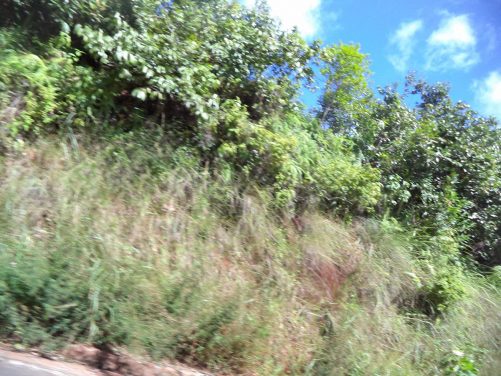 View of roadside vegetation taken from a moving car. 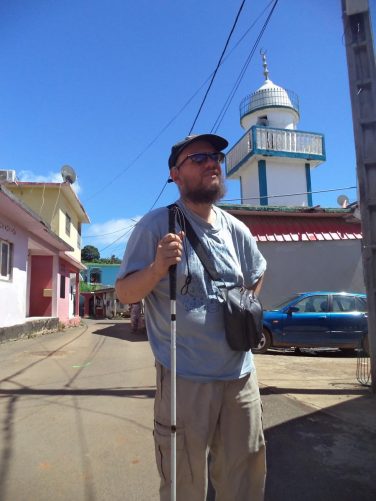 Tony in Sada, a small seaside town on the south-west coast of Grande-Terre. View along a narrow street with the minaret of a mosque painted in blue and white standing behind. 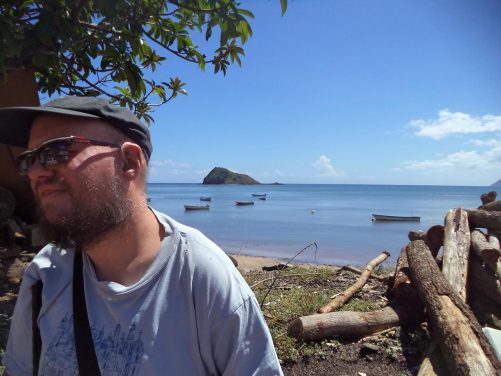 Tony beneath a palm tree on the edge of Sada Beach. 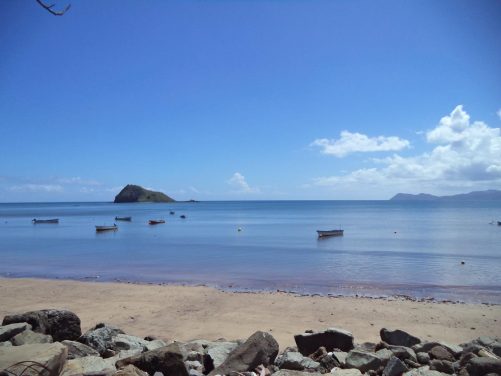 Beautiful view out to sea from sandy Sada Beach. Several small fishing boats floating near to the shore. An islet rising out of the water in the middle distance. 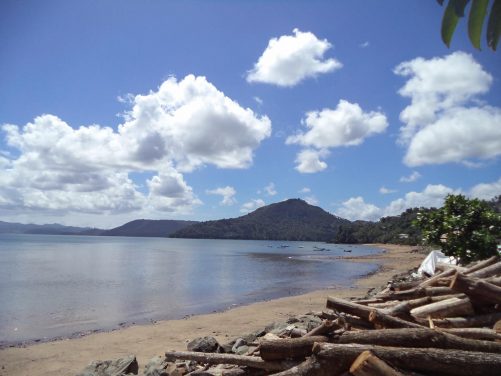 View along Sada Beach. Logs piled up at the top of the beach. Forested hills sloping down to the sea visible off in the distance. 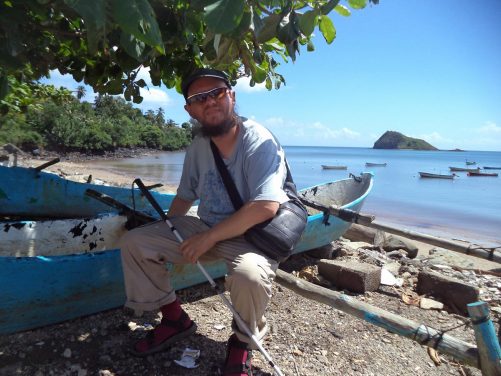 Tony beneath a palm tree, touching a traditional narrow wooden rowing or fishing boat at Sada Beach. The sea behind. 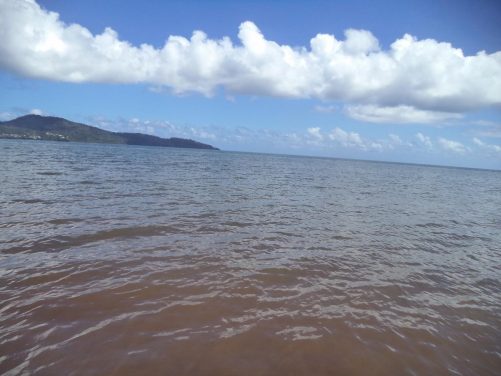 Looking directly out to sea from a long sandy beach, part of the Soho range, near Soho Village, on the west coast of Grande-Terre. 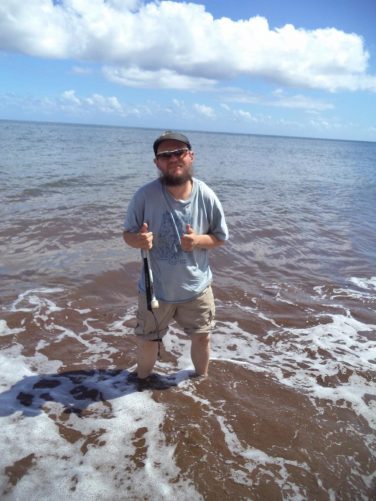 Tony paddling in the water on the beach near Soho Village. 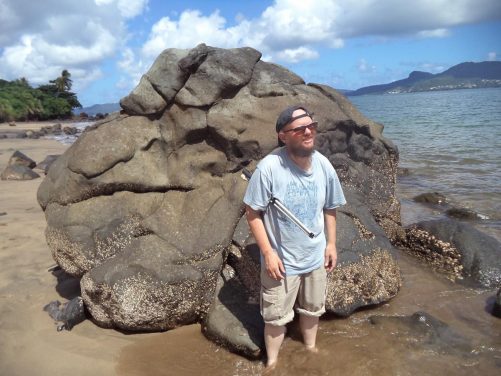 Tony in front of a large interestingly shaped rock at the edge of the sea. It is vaguely in the shape of a lion’s head. 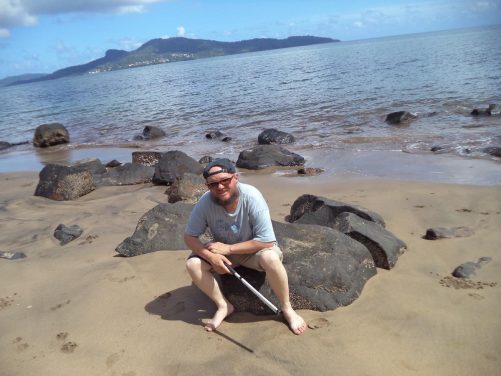 Tony sitting on a rock at the sea shore. 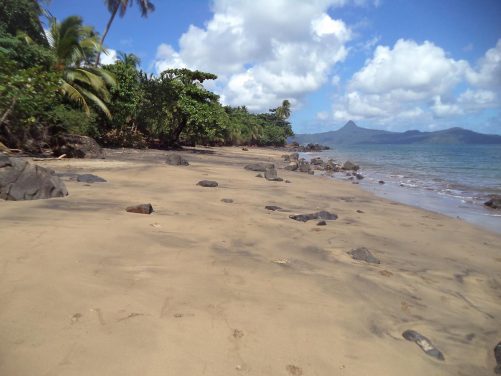 Lovely view along the beach. Palms and other dense tropical vegetation growing to the edge of the sloping light brown sand. 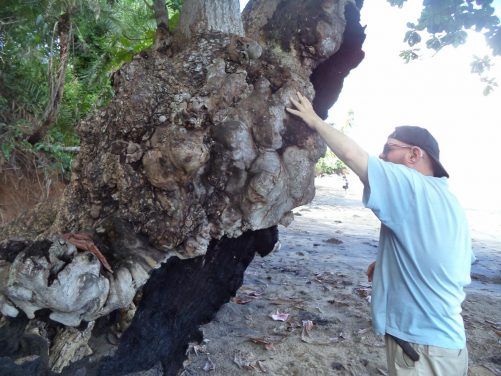 Tony touching a strangely shaped tree on the beach. 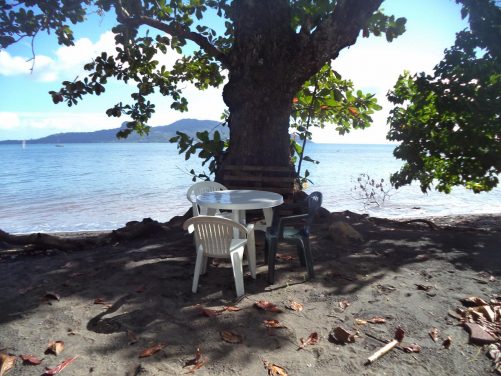 Table and chairs under the shade of a tree on the edge of Tahiti Beach (Mtsanga Mtsanyounyi Beach) where Tony had lunch. The sea visible in the background. 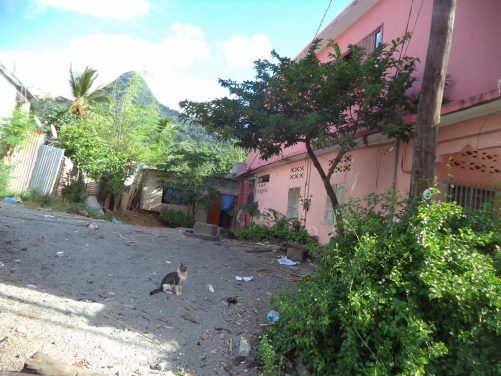 Empty ground next to a two-storey pink painted building. A local cat sitting in the foreground. Probably taken near the small village of Passamainty/Passamaïnti, roughly 4 km from Mamoudzou, where Tony stayed. 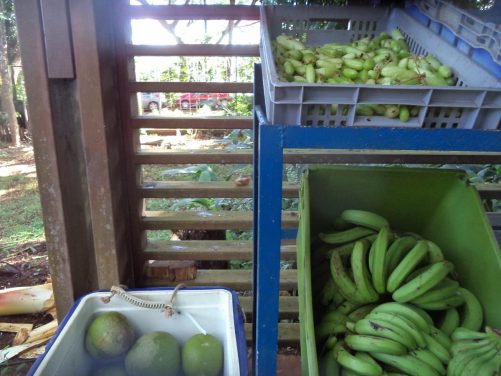 Cocoon Market. This is a large undercover market that occurs on the first Saturday of each month. It is located near Sada in the centre of Grande-Terre. Boxes of fruit including green bananas are in view. 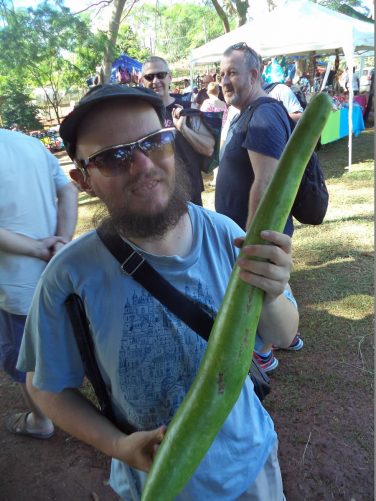 Tony holding a very peculiarly shaped fruit. It is green in colour and roughly resembles the shape of a boomerang. The name of the fruit is unknown and presumably it is unique to Mayotte and/or nearby Madagascar. Stalls selling handicrafts can also be seen in the background. 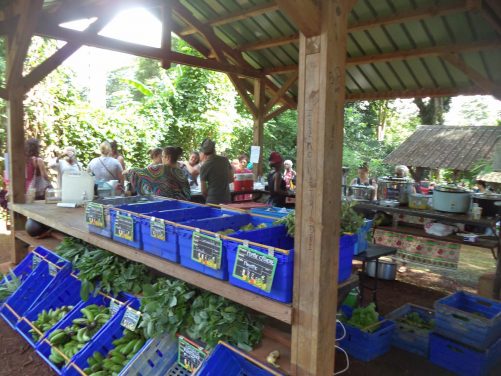 More boxes of fruit and vegetables. Behind people standing around a stall selling cooked food and fruit juices. 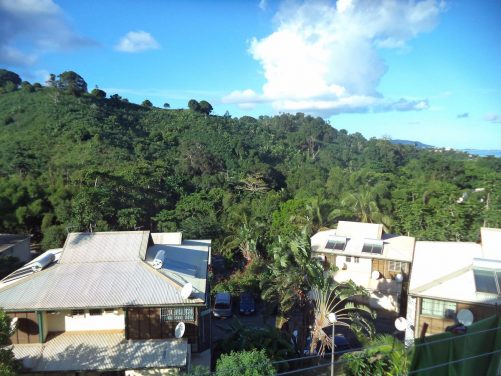 Looking from the balcony at the Airbnb house where Tony stayed. Located in a village roughly four kilometres from Mamoudzou, Mayotte’s capital town in the north of Grande-Terre. Other surrounding houses can be seen with a wooded hill beyond. 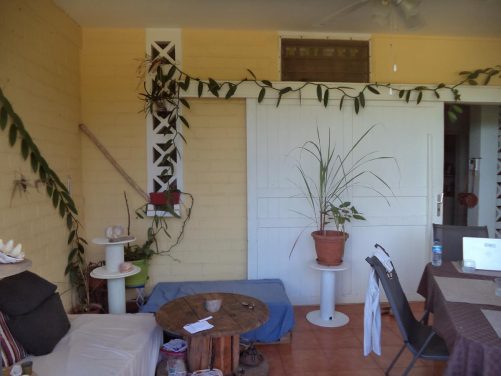 Terrace at the house. Dining table where Tony ate dinner cooked by his French host Florence. 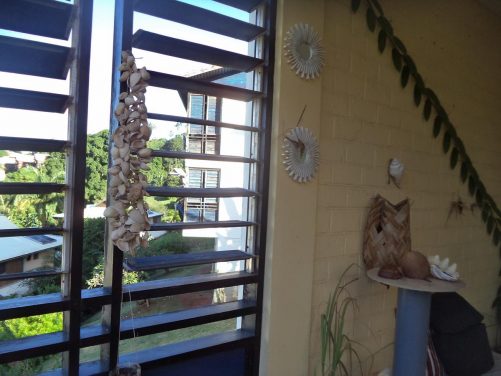 View through the open slats of a pair of window shutters. A mobile made from sea shells dangling on one side.