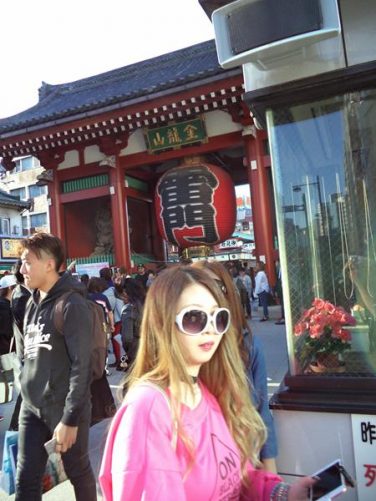 Busy street with Kaminarimon Gate (“Thunder Gate”) behind. This is one of two large entrance gates that lead to Sensoji Temple. It is 11.7 metres high and 11.4 metres wide. The current gate dates from 1960 with the previous one being destroyed by fire in 1865. The first gate here was built in 941. 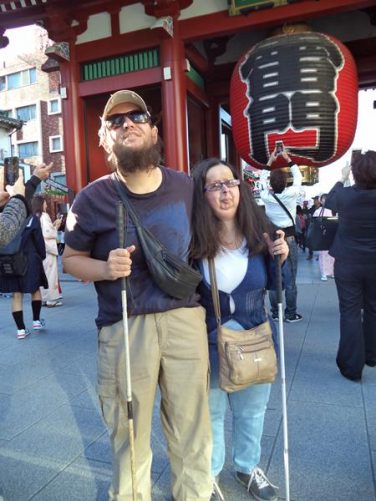 Tony and Tatiana in front of Kaminarimon Gate. In the centre of the gate a large red paper lantern can be seen. 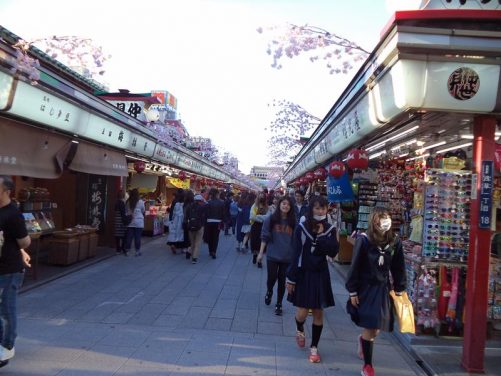 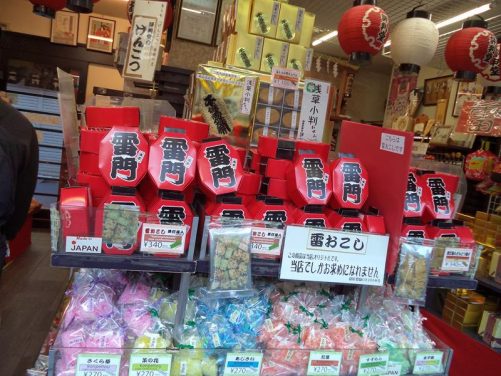 A stall on Nakamise-doori selling sweets and other confectionery. 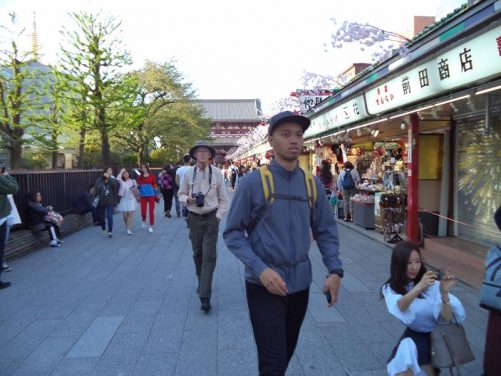 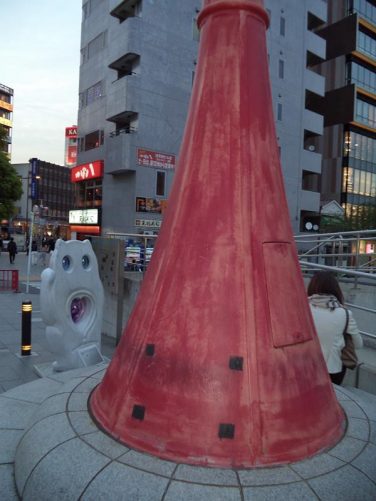 In the foreground, a circular stone bench with a decorative red cone in the middle. A street and tall building along side. 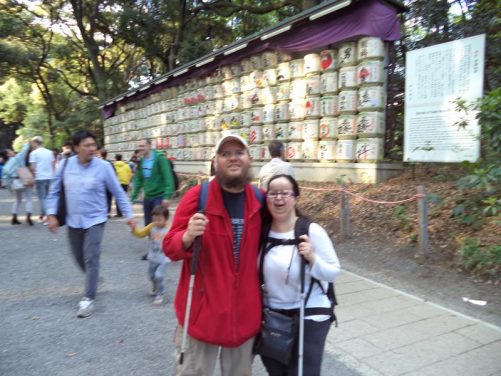 Tony and Tatiana on the approach to Meiji Shrine (Meiji Jingu). The shine is located in a forest that covers an area of 70 hectares (170 acres). In the background there are barrels of sake (rice wine), which have been donated to the shrine. The barrels are in a long row stacked six high. 23rd April. 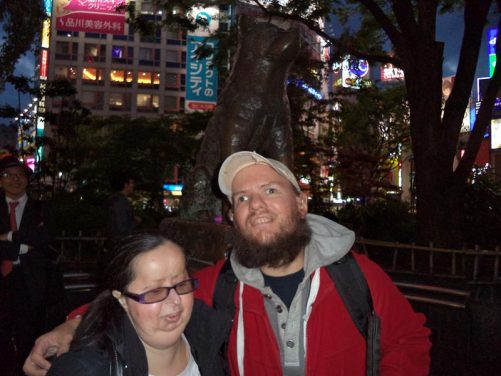 Tony, Tatiana with a statue of Hachiko. Hachiko is a famous Tokyo dog who found notoriety from waiting daily at Shibua train station for his master to return and continued this vigil for several years after his master’s death. 23rd April. 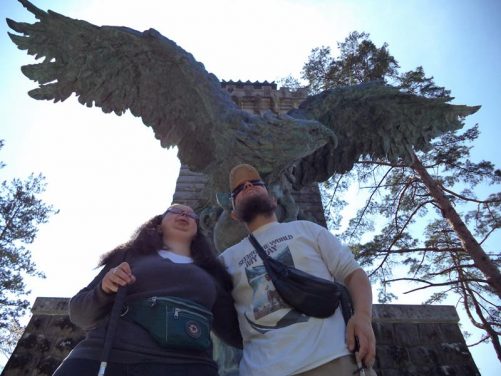 Tatiana and Tony beneath an eagle sculpture at Aoba Castle (Sendai Castle).

The ruins of Aoba Castle (Sendai Castle) are located on a plateau overlooking the city of Sendai on the opposite bank of the Hirose River. The site is protected by cliffs to the south and east and by a deep forest to the west. It has been destroyed and rebuilt several times due to earthquakes and fire. However, the castle was destroyed completely on July 10, 1945 by the United States during the Bombing of Sendai during World War II. 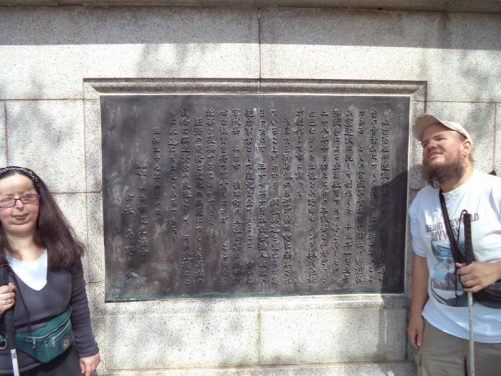 Tony and Tatiana in front of a memorial plaque. 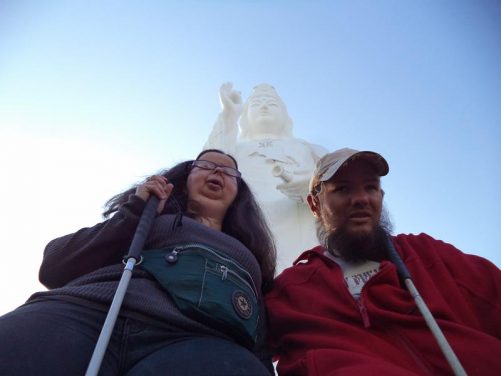 Tony and Tatiana at the foot of a statue at Tall Buddha Temple. 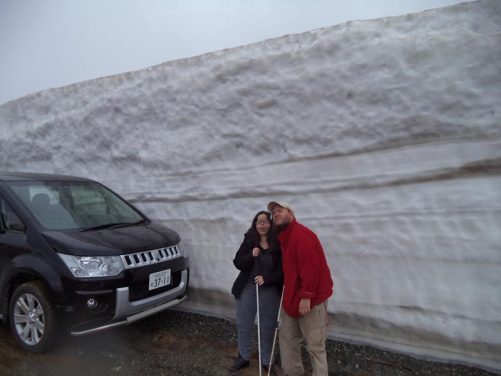 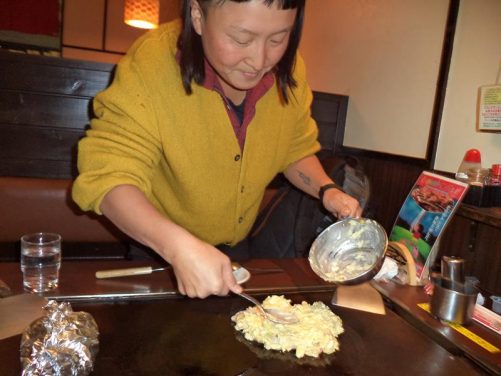 A Japanese lady named Umi preparing Okonomiyaki, which is a kind of Japanese pancake cooked on a hot plate on the table where customers sit in the restaurant.