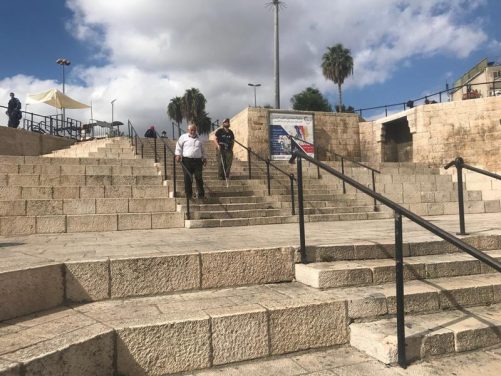 Tony heading down steps at Damascus Gate, one of the northern gates in and out of the old city of Jerusalem. 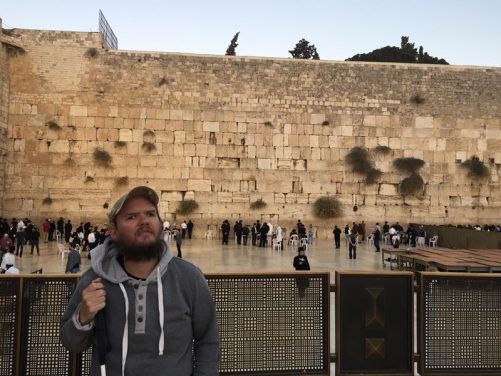 Tony at the Western Wall (Wailing Wall). This ancient limestone wall in the Old City of Jerusalem is part of a longer retaining wall, which was built around the Temple Mount as part of the expansion of the Second Jewish Temple begun by Herod the Great in around 19 BC. As the last remnant of the ancient Jewish Temple, the site is sacred to the Jewish people, who gather here to pray. Prayers are commonly written as notes and placed between the ancient stones.

Panorama of the Western Wall. 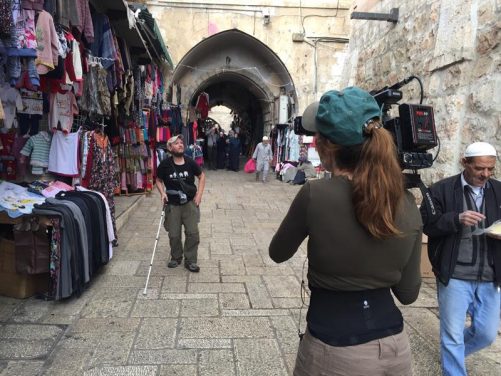 Almudena filming Tony in the markets of the Old Town, Jerusalem. In view are stalls selling clothes and a stone archway behind. 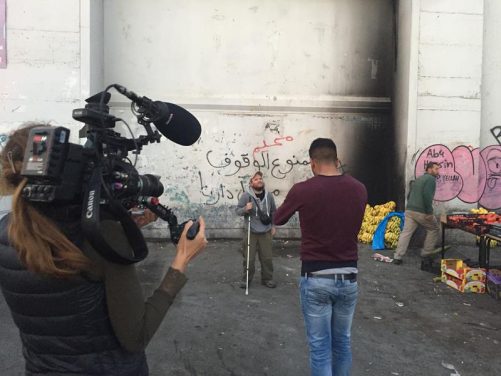 Almudena filming Tony in front of the border wall between Israel and the Palestinian Territories. Taken evening of 6th November. 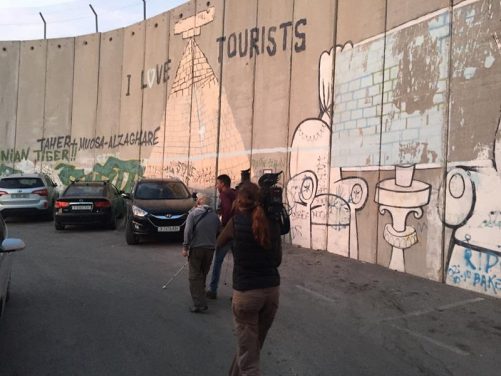 More filming at border. The wall is covered with murals and graffiti. 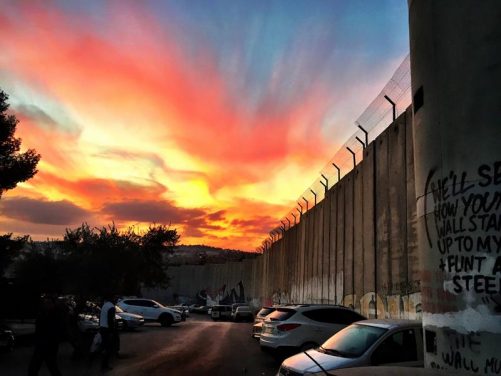 Amazing sunset at the border wall. 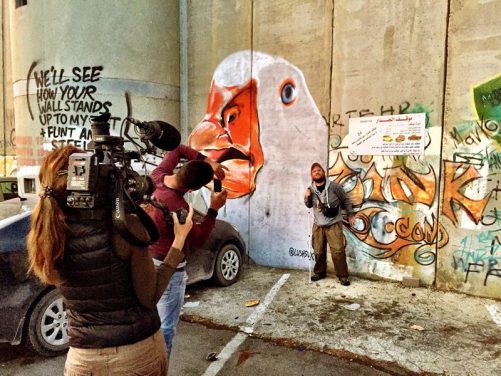 Almudena filming Tony having his photo taken by some of the artwork on the border wall. Tony is standing next to a large mural of a goose’s head. 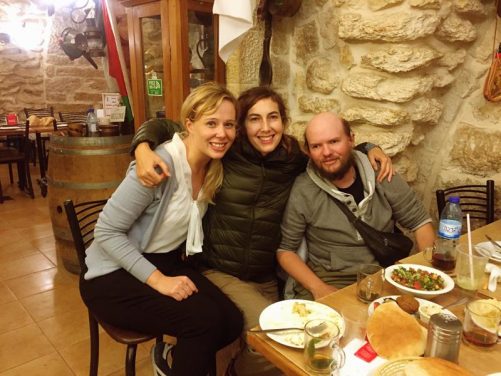 Jo, Almudena and Tony in restaurant in Bethlehem. The two ladies are from the BBC World Travel Show. 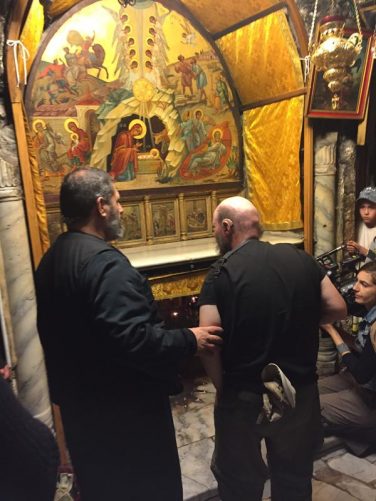 Tony in front of the birthplace of Jesus in the Nativity grotto at the Church of the Nativity. 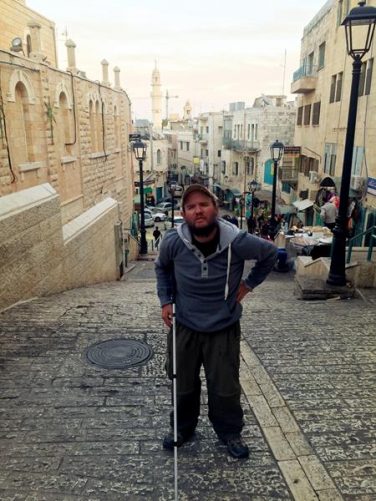 Tony heading up a steep part of Paul VI Street in Bethlehem close to Manger Square. 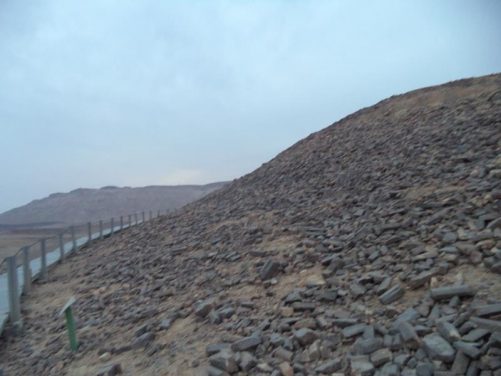 Inside Makhtesh Ramon, the largest makhtesh in the world. It is 40 km (25 miles) long, 2–10 km (1–6 miles) wide and 500 meters (1,640 ft) deep. It is located in the Negev Desert in southern Israel, approximately 85 km south of the city of Beer Sheba. The small town of Mitzpe Ramon sits at the northern edge of the makhtesh.

A makhtesh is a geological landform found in the Negev desert of Israel and the Sinai peninsula of Egypt. A makhtesh has steep walls of resistant rock surrounding a deep closed valley, which is usually drained by a single wadi. 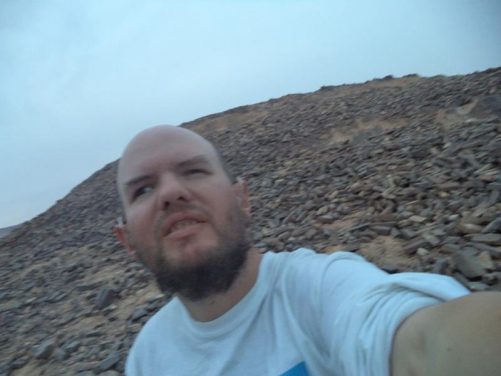