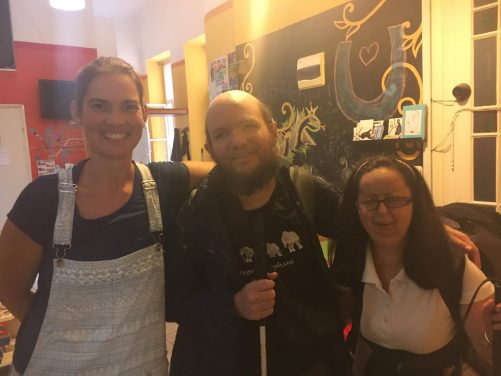 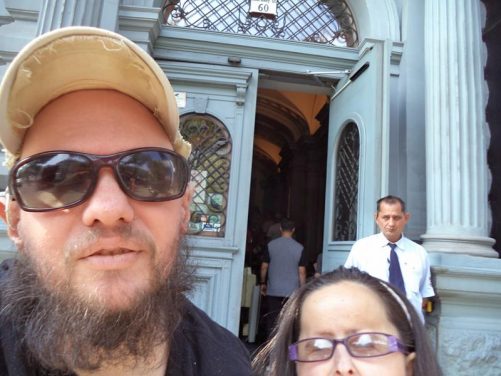 Tony and Tatiana outside the entrance to the House of Terror. Andrássy Avenue 60. This building used to be the headquarters of the secret police. It is now a museum which contains exhibits related to the fascist and communist regimes of 20th century Hungary and is also a memorial to the victims of those
regimes. 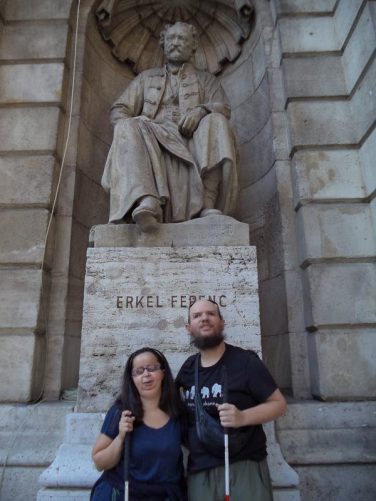 Tatiana and Tony in front of a statue of Erkel Ferenc (1810-1893). He was a Hungarian composer, conductor and pianist. His statue is in a niche outside the State Opera House, Andrássy Avenue 22. 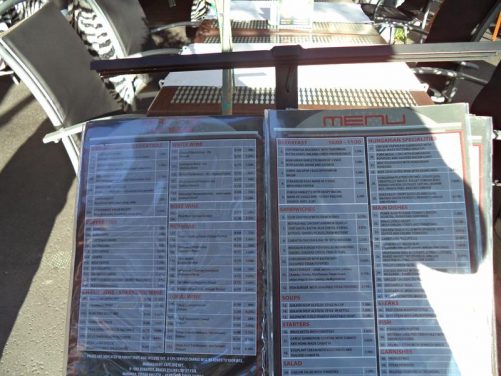 Sitting outside Ezaz Bistro. Tony and Tatiana eat there, it is on Andrássy Avenue, near the State Opera House. 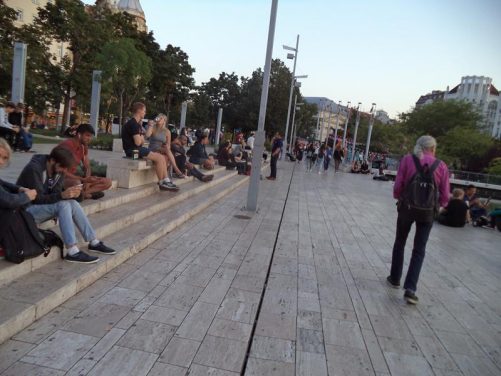 Path through Erzsébet tér (Elizabeth Square). This is a park in the centre of the city located close to the Danube. Busy with people in the early evening, many sitting on the benches and steps. 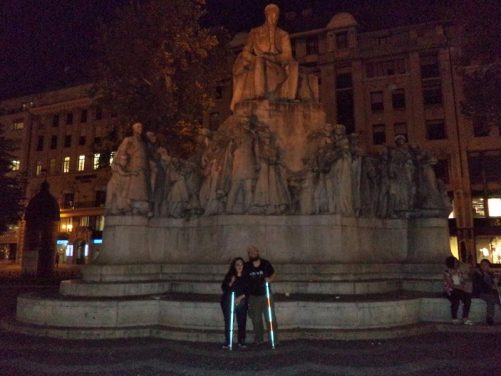 Tony and Tatiana in front of the statue of Mihály Vörösmarty in Vörösmarty Square. Mihály Vörösmarty (1800-1855) was a romantic poet. The square was named after him in 1926. This centrally located square, close to the River Danube, contains the Lion Fountain and at its northern end, the famous Cafe Gerbeaud. 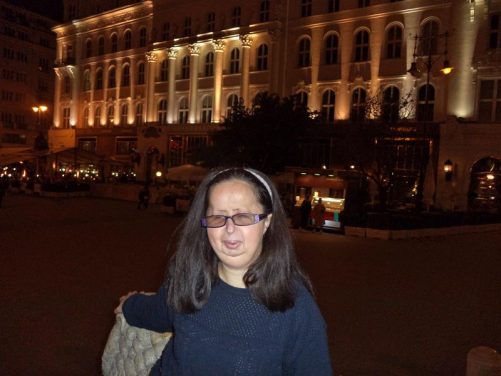 Tatiana in Vörösmarty Square. Grand façade of Cafe Gerbeaud in the background. 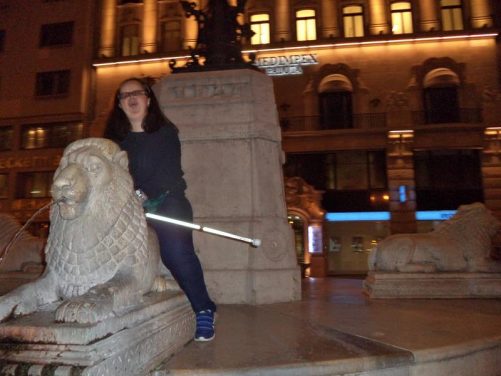 Tatiana sitting on a stone lion, part of the Lion Fountain. Jet of water coming out of the lion’s mouth. The Lion Fountain is situated in Vörösmarty Square, a major square on the Pest (east) side of Budapest. It’s a large pedestrian space in the city’s central core. 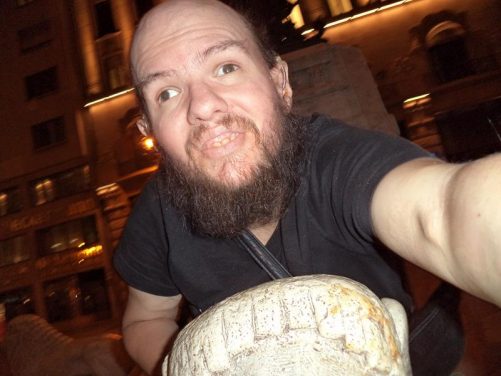 Selfie of Tony sitting on lion. 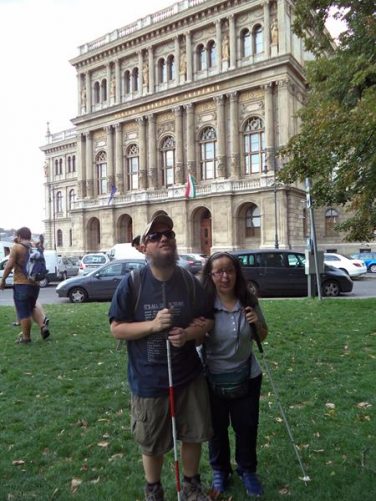 Tony and Tatiana outside the Hungarian Academy of Sciences (Magyar Tudományos Akadémia). Located in Széchenyi Square on the Pest (eastern) side of the Danube near the Chain Bridge.

Esztergom is a small city on the bend of the River Danube in Hungary. It’s approximately 48 kilometres north-west of Budapest. 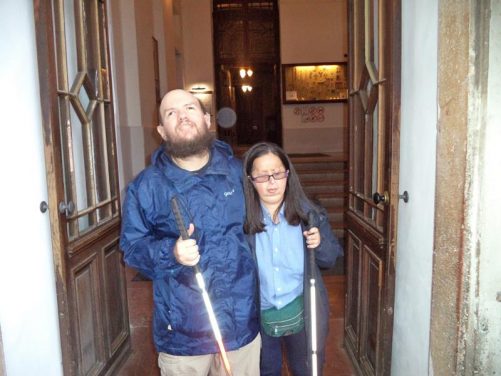 Tony, Tatiana outside the entrance to Esztergom Basilica, which is Hungary’s largest church. It’s located on Castle Hill. 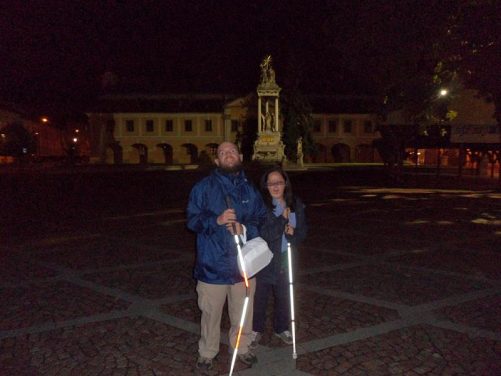 Tony, Tatiana in front of the Town Hall in Széchenyi Ter, Esztergom’s main square. An equestrian statue of the building’s original owner can be seen behind. 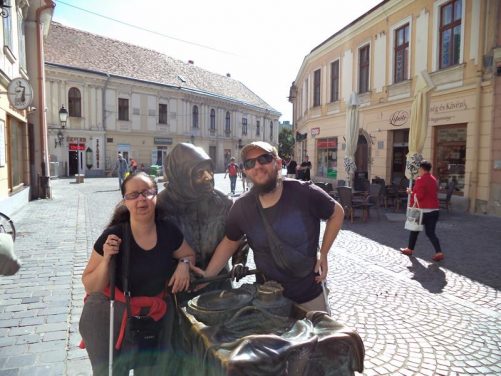 Tony, Tatiana with the bronze statue of Aunt Kati pushing her cart of local produce in the old market square. Rubbing her nose, apparently, brings a person luck! Taken in Szekesfehervar Market Square. 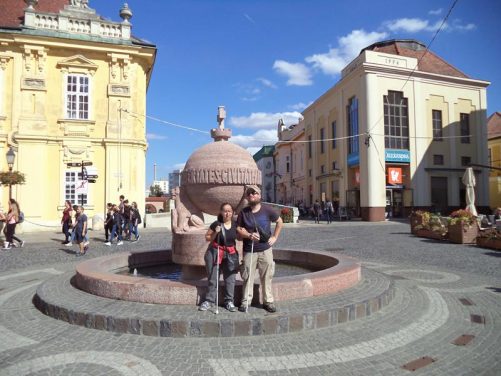 Tony, Tatiana in front of the Orb and its fountain, Varoshaz Ter (City Hall Square). This is in the main square of Szekesfehervar. 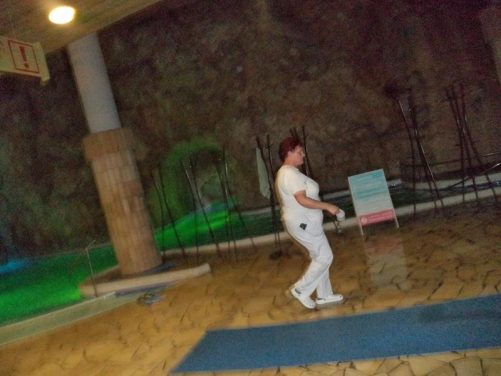 At the famous Cave Bath in Miskolc-Tapolca. View of the main pool. 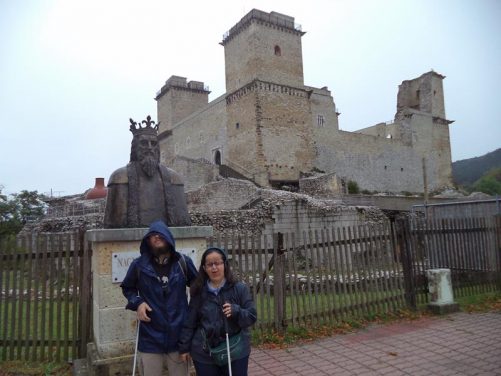 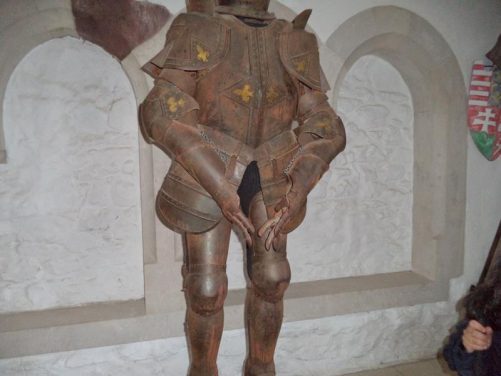 In the first room of the castle after ascending 49 stone steps. Man on box in a suit of armour. 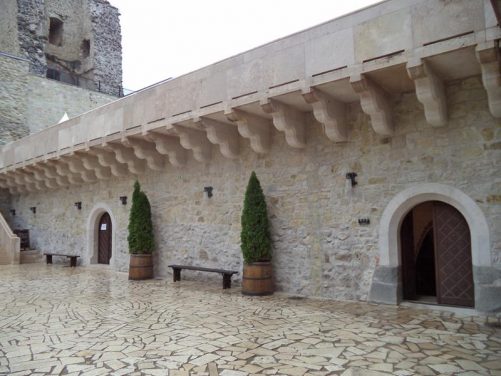 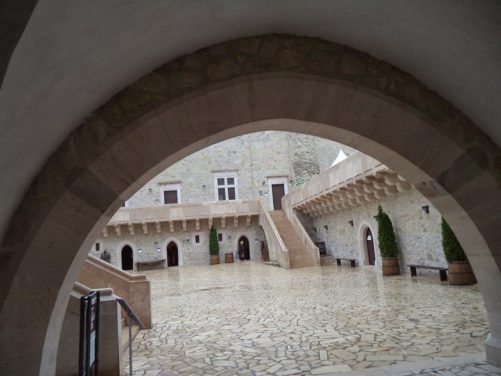 Looking into the lower courtyard through a stone archway. Behind is a long building that contains the public toilets, gift shop and lift to the second floor. 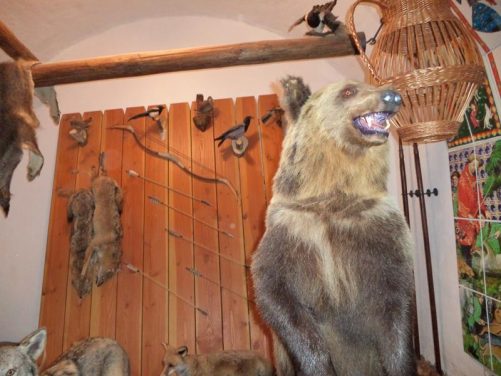 A stuffed brown bear in the Hunter’s room. The castle was originally a royal hunting lodge for the King. 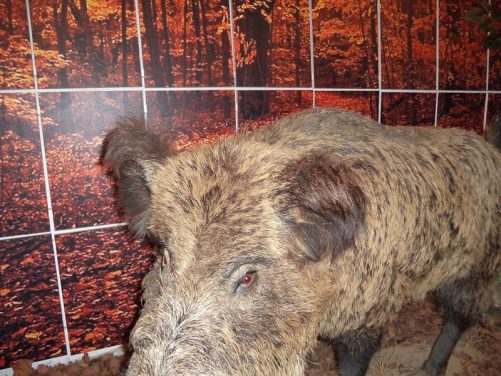 A wild boar, often hunted in the surrounding forest. 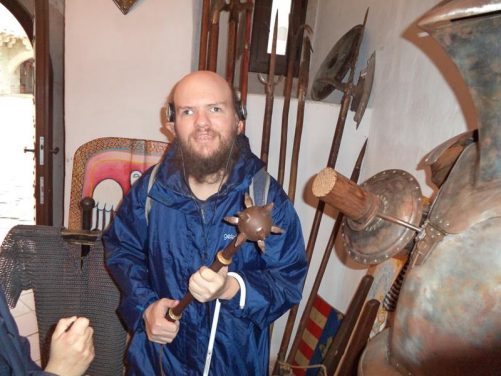 Tony holding an iron or steel mace. A long metal handle atopped with a spiked ball. 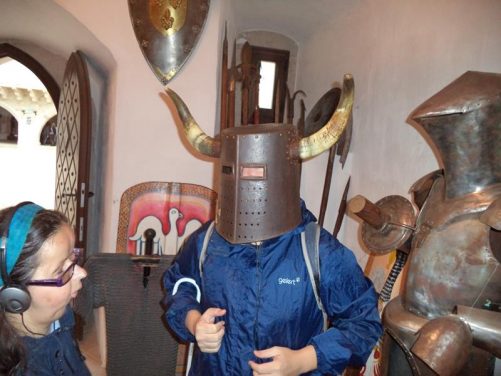 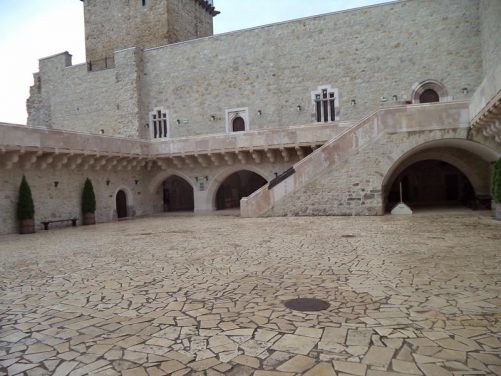 View of the lower courtyard. A stone tower partly in view. 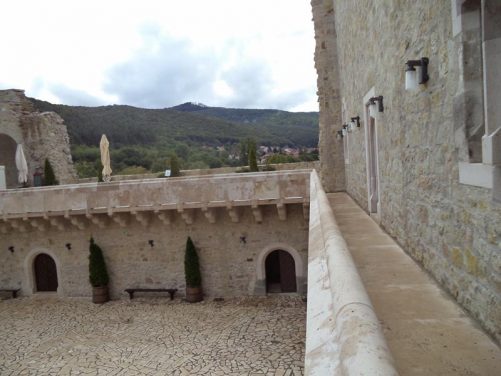 On a raised walkway above the lower courtyard at Diósgyor Castle. 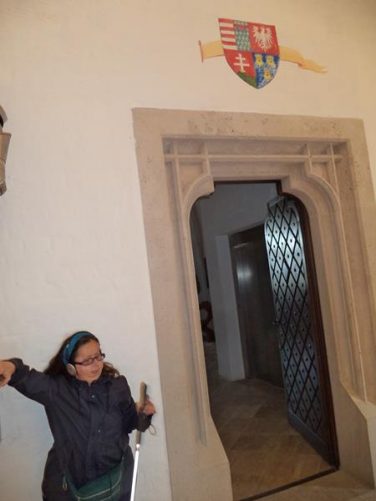 Tatiana standing in a doorway located in the upper rooms of the castle. 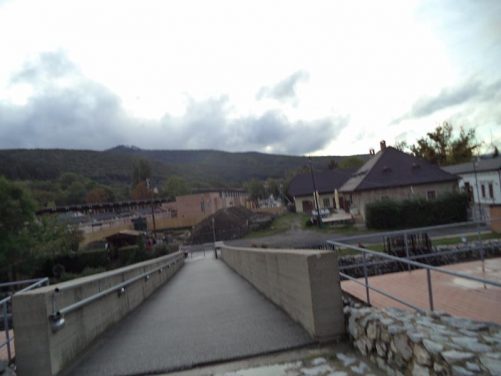 Walkway ramp at the entrance to castle.