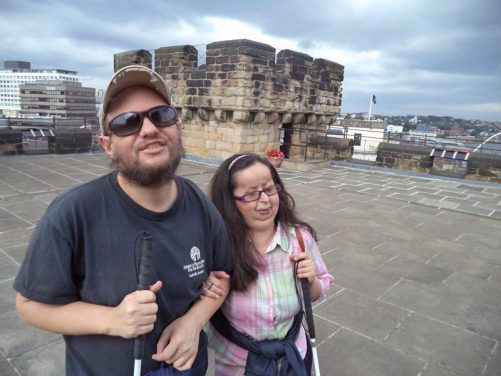 Tony and Tatiana on the roof of the medieval Castle. 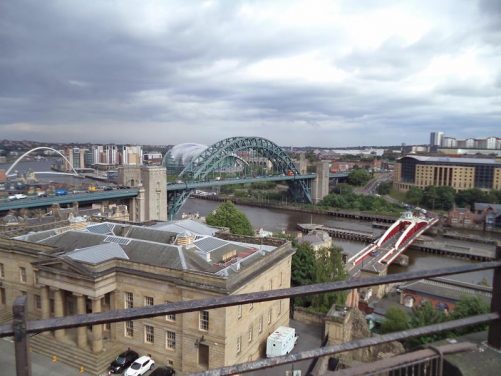 View of the Tyne Bridge from the castle. 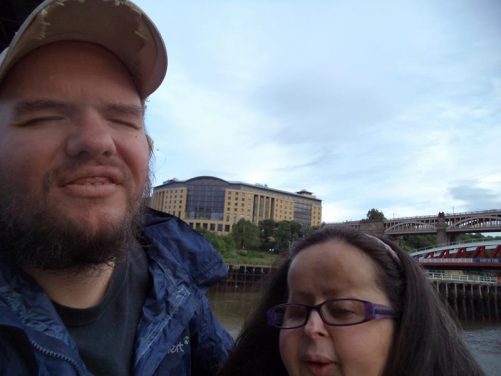 Close-up of Tatiana and Tony by the River Tyne. The High Level Bridge in view to the side. 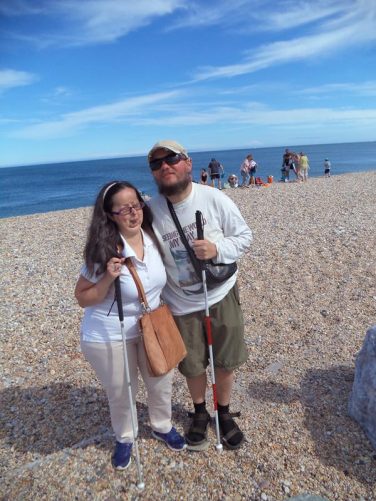 Tony and Tatiana on rocky Slapton Sands Beach. View out to sea behind. 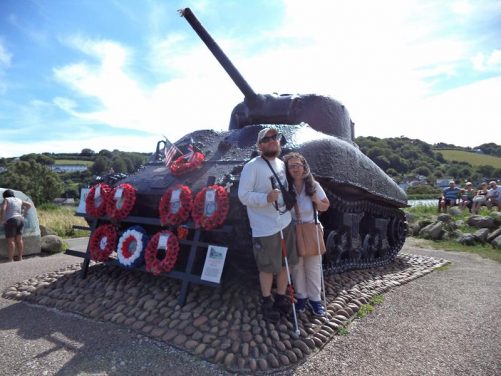 Tatiana and Tony next to a WWII US Sherman Tank, part of the Exercise Tiger Memorial, which is dedicated to the memory of the 639 American soldiers and sailors who perished on 28 April 1944 when participating in practice exercises for the D Day landings of 6th June 1944. 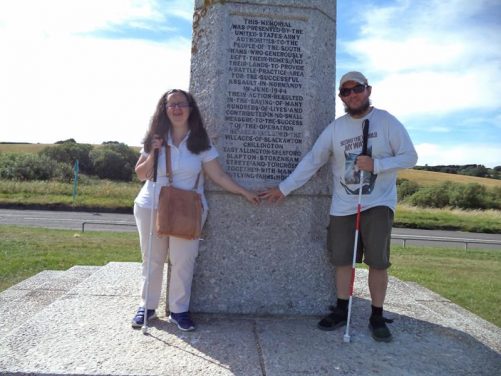 Close-up of Tony and Tatiana in front of a memorial at Slapton Sands. The inscription reads “This memorial was presented by the United States Army to the people of the South Hams who generously left their homes and their lands to provide a battle practice area for the successful assault in Normandy in June 1944…” 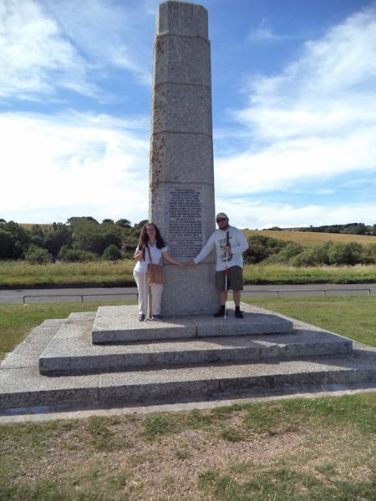 Again Tony and Tatiana in front of the memorial. This time showing the whole memorial, which is a stone obelisk.