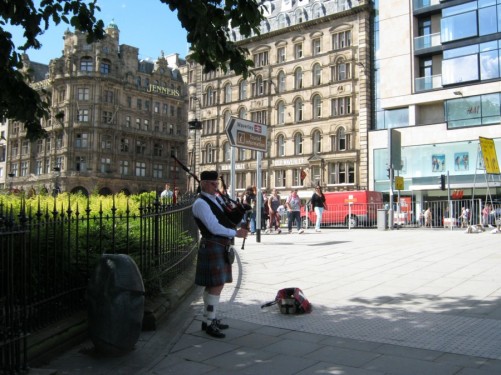 Princes Street, Edinburgh (one of the main fashionable shopping streets in the city). 20th July 2010. 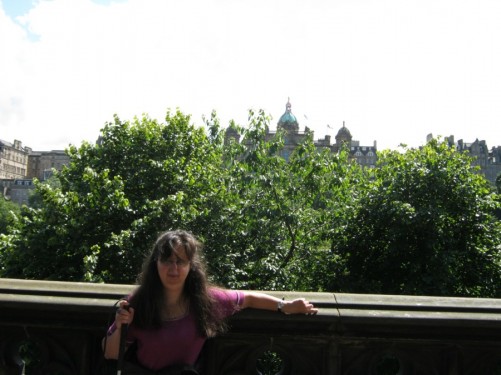 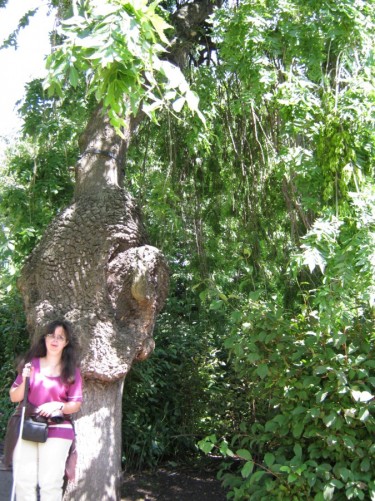 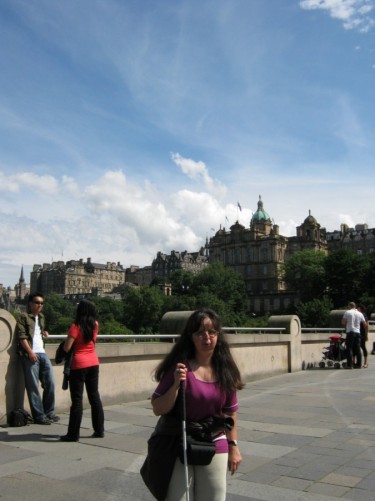 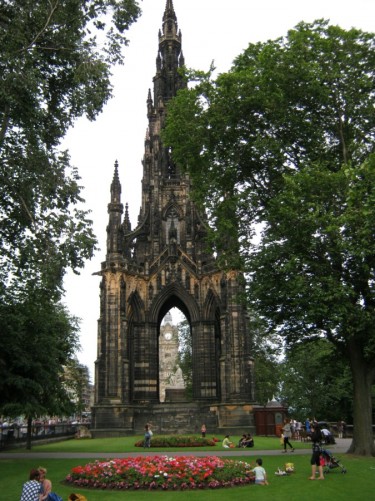 The Scott Monument is a Victorian Gothic monument to Scottish author Sir Walter Scott (1771-1832). The monument tower is 200 feet 6 inches (61.11 m) high. It was opened in 1844. It is located opposite the Jenners department store on Princes Street and near to Edinburgh Waverley Railway Station. 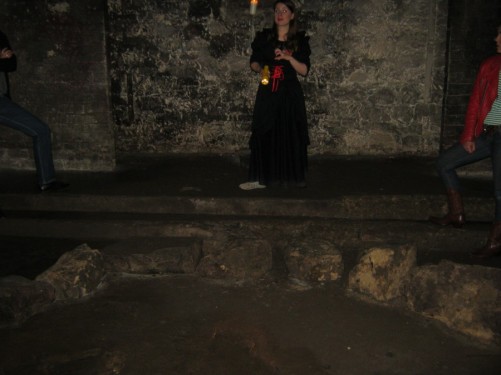 Inside Edinburgh’s vaults on The Edinburgh Ghost Tour. 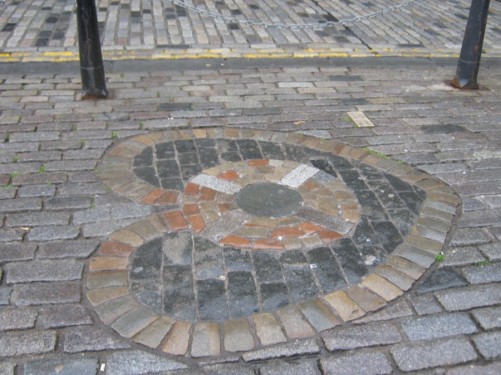 The Heart of Midlothian is a heart-shaped mosaic built into the pavement near the West Door of St Giles High Kirk on the Royal Mile (the High Street in this section), close to Parliament House, which was the former Parliament of Scotland, and is now the site of the Court of Session and Signet Library. The crest of the Edinburgh Football club, Heart of Midlothian, is designed from this heart. A tolbooth once stood on the site, where executions took place; some people spit on the Heart for good luck. One popular legend says that by spitting on the heart, one is destined to one day return to Edinburgh. 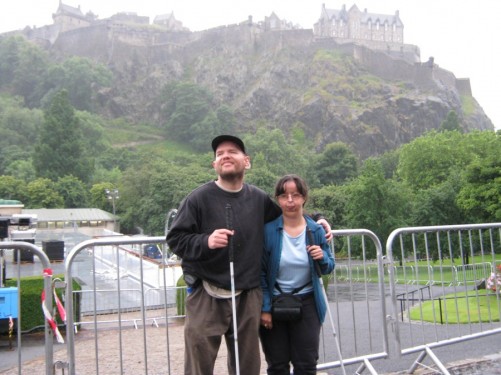 Tony & Tatiana with Edinburgh Castle in the background. Picture taken on Castle Hill at the top of the Royal Mile.

Recent archaeological excavations in Edinburgh Castle have uncovered evidence that Bronze Age man was living on the volcanic rock on which the castle stands as long ago as 850 BC. It is suggested that a first stronghold was built on the rock from 600 AD. There has been a royal castle here since at least the reign of David I in the 12th century, and the site continued to be a royal residence until the Union of the Crowns in 1603. Much of what is seen today dates from 1573, including the mighty Half-Moon Battery and the Portcullis Gate. 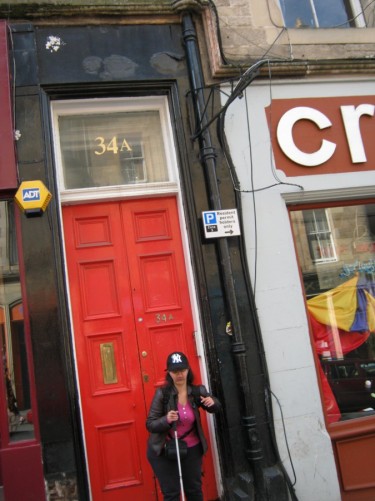 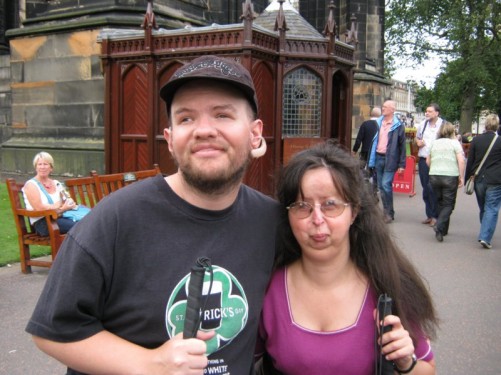 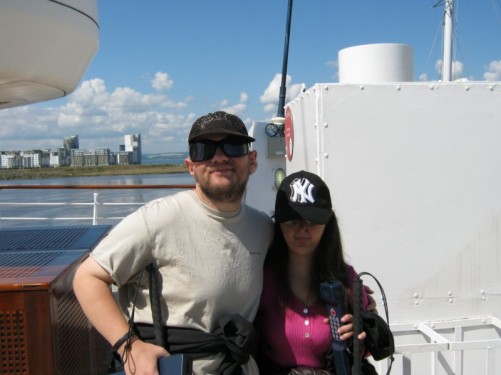 Tony and Tatiana on board the Royal Yacht Britannia. Leith, Edinburgh, 23rd July 2010. 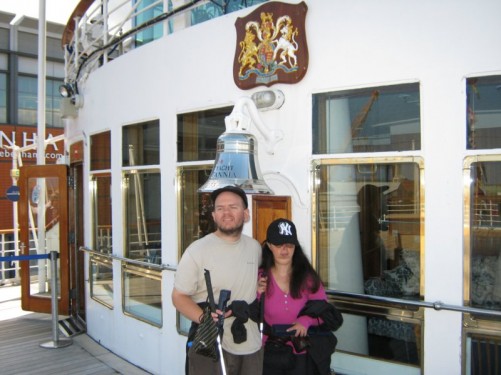 Tony and Tatiana in front of the ship’s bell, the Royal Yacht Britannia. 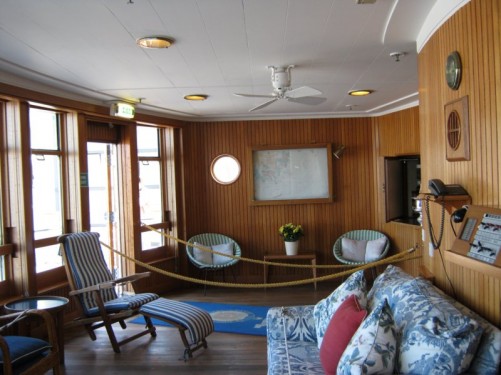 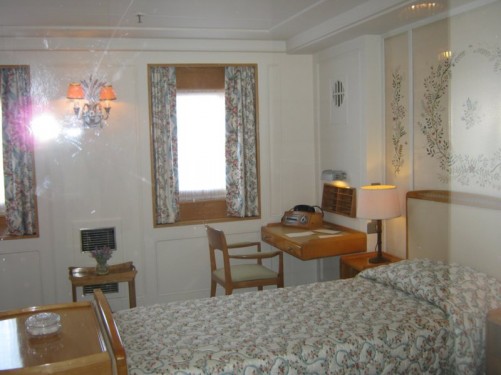 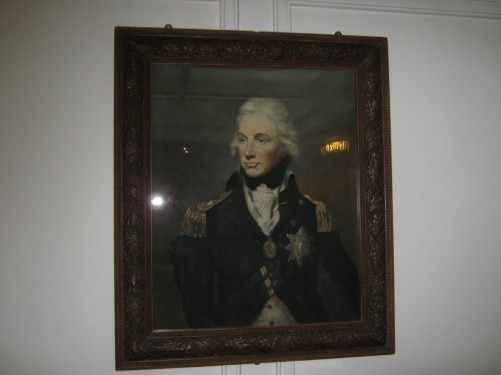 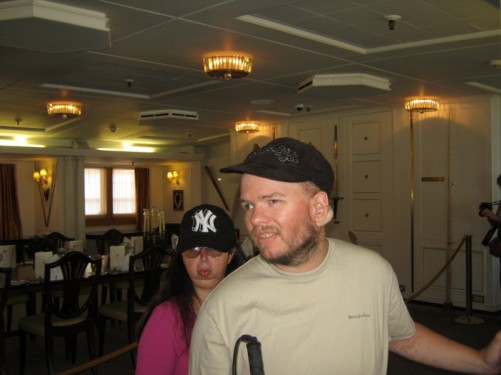 Tony and Tatiana in the dining room, the Royal Yacht Britannia.