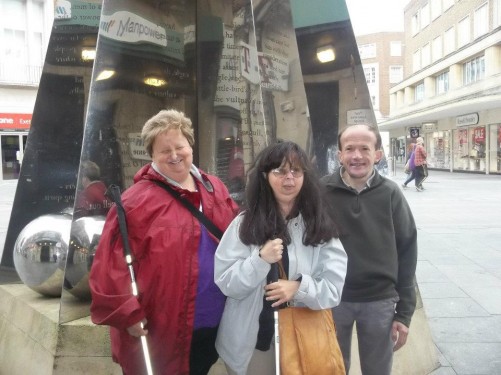 Lora from Kentucky USA, Tatiana, and Paul from the Birmingham area, standing by the Riddle Sculpture, High Street, Exeter city centre, Devon, southwest England. The triangular sculpture is made of folded stainless steel. 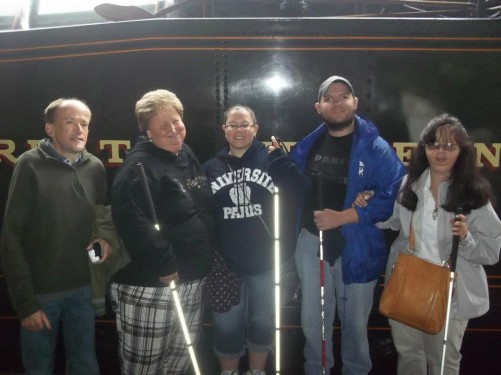 Lora and Angela, both from Kentucky USA, with Tony, Tatiana, and Paul, stood by a steam train. Painton train station on the platform of the Dartmouth Steam Railway. 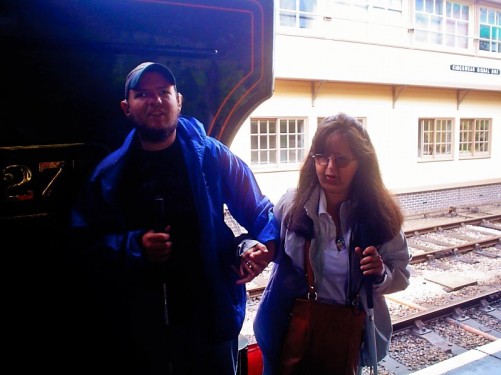 Tony and Tatiana by the steam locomotive at Kingswear station – the other end of the Dartmouth steam railway. 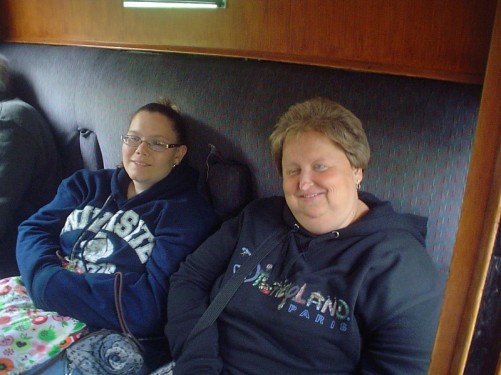 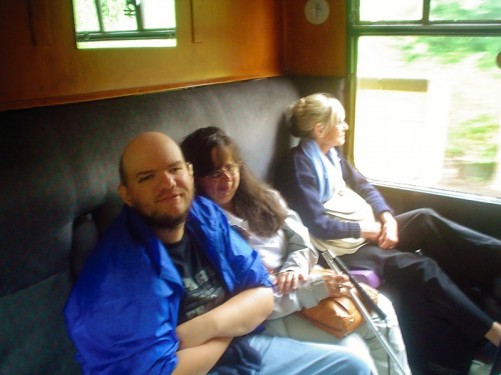 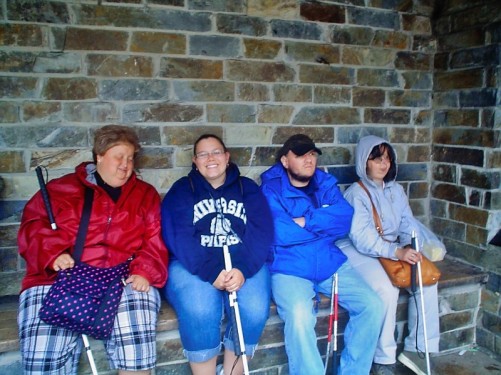 Lora, Angela, Tony, Tatiana, sitting under a shelter. Waiting for the ferry to Dartmouth. 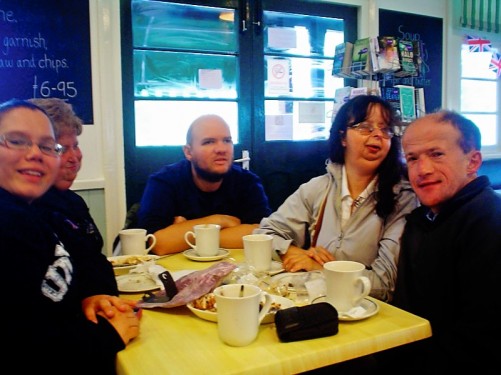 Angela, Lora, Tony, Tatiana and Paul sat indoors at a table in a fish and chip shop, Dartmouth. 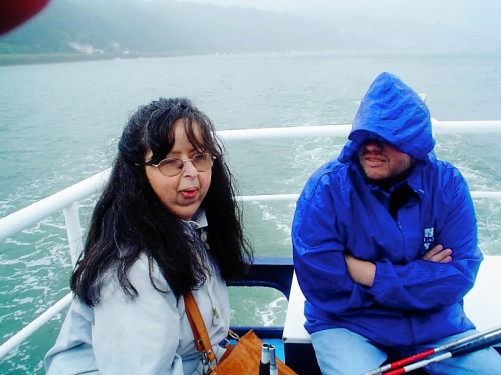 Tony and Tatiana on a cruise on the River Dart up to Totnes. View of the river. 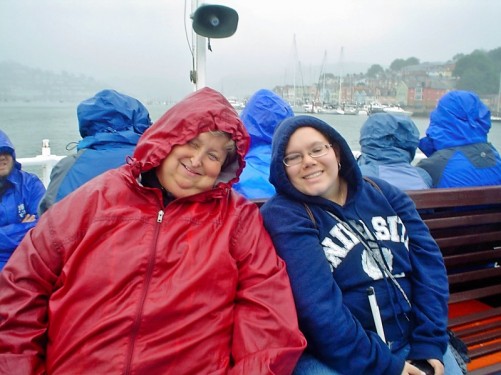 Lora and Angela on the boat. View of Dartmouth. Lots of moored boats. 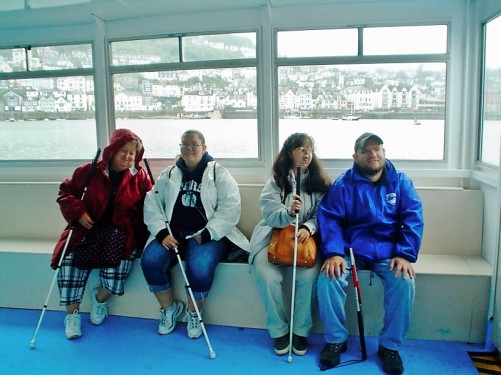 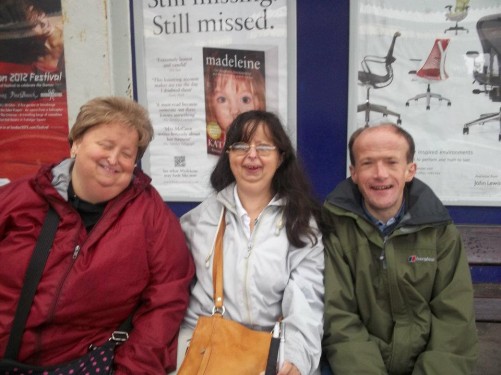 Lora, Tatiana and Paul waiting for a bus in Totnes.