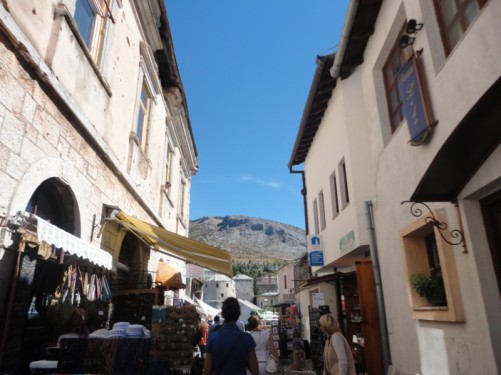 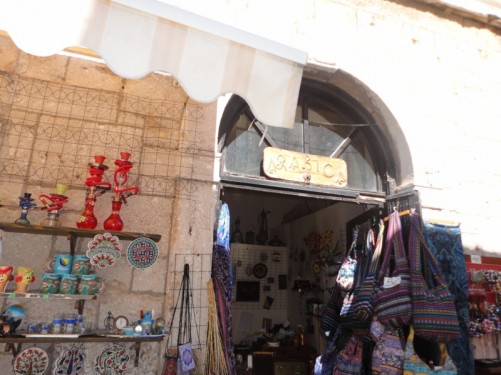 Outside a souvenir shop: a range of craft items for sale. 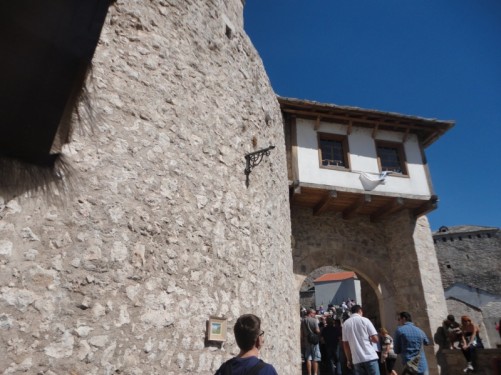 Approaching Mostar’s famous Old Bridge (Stari Most). Construction of the original bridge began in 1557 and it was completed approximately 10 years later. On its completion it was the widest man-made arch in the world. The bridge stood for 427 years before being destroyed by shelling during Bosnia’s civil war on 9th November 1993. The bridge was subsequently rebuilt as close in design to the original as possible and this opened in 2004. 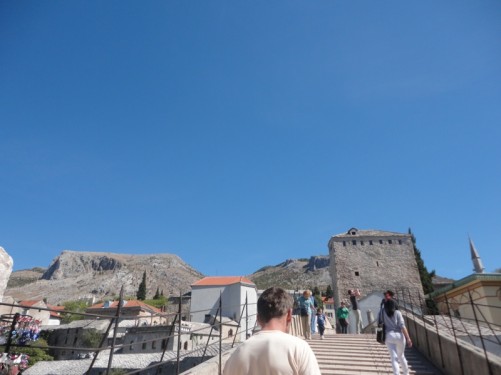 Looking across the bridge. The arch of the bridge is rather steep to walk across. It can also be slippery as the stones under foot have been polished by the thousands of visitors walking over them. 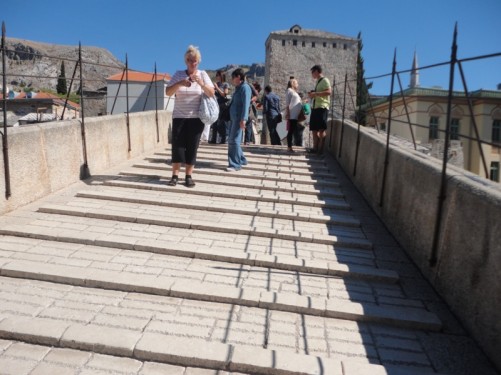 Another view while walking over the bridge. 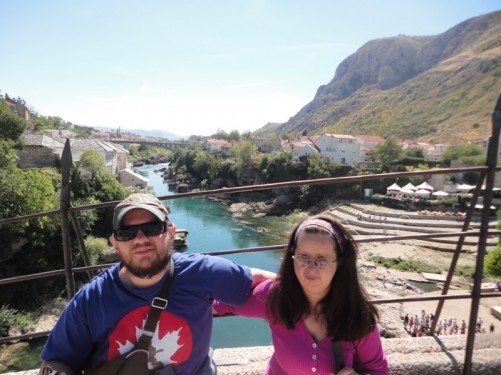 Tony and Tatiana sitting at the side of the bridge. The turquoise coloured Neretva river down below. 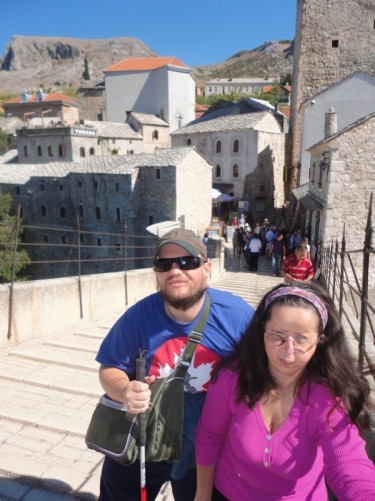 Another shot of Tony and Tatiana on the bridge. 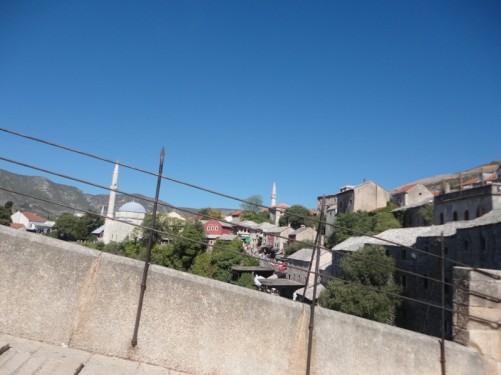 View of the Bosnian Muslim part of the town from the bridge. Two mosques with tall minarets visible. 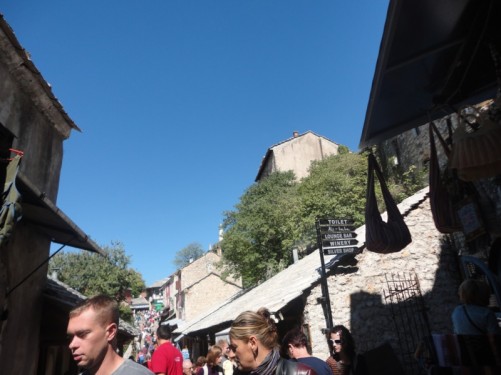 Street through the old town crowded with visitors. 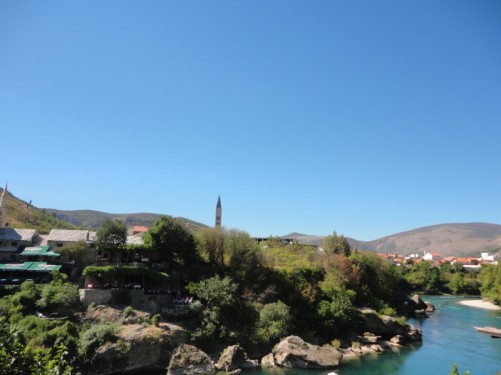 View down to the rocky tree-lined banks of the Neretva river. Cafés and restaurants above it on the far bank. 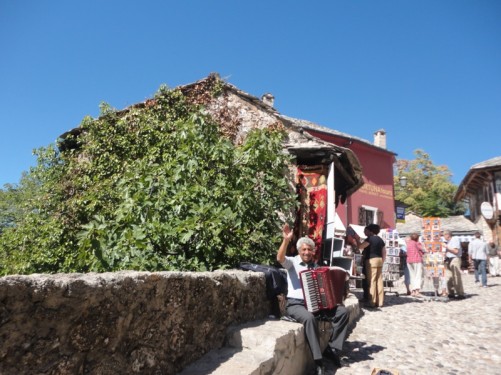 A man playing the accordion at the side of a street. 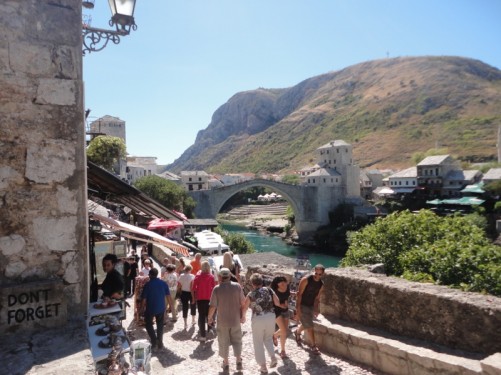 View of the Old Bridge in the middle distance with a hill situated just outside the town rising up behind. 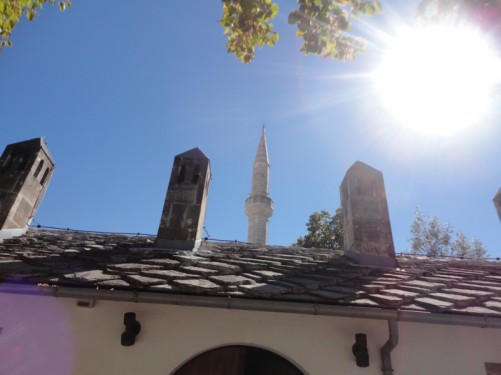 The minaret of the 17th century Koski Mehmed-Pasha Mosque standing up behind a building. 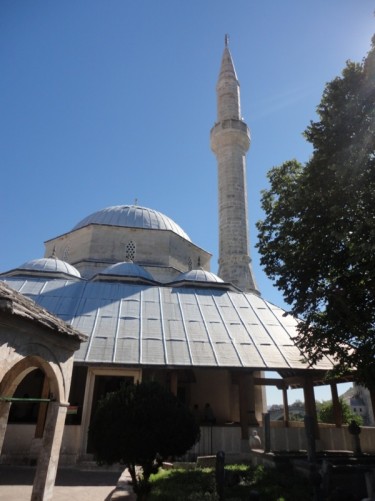 The exterior of the Koski Mehmed-Pasha Mosque. 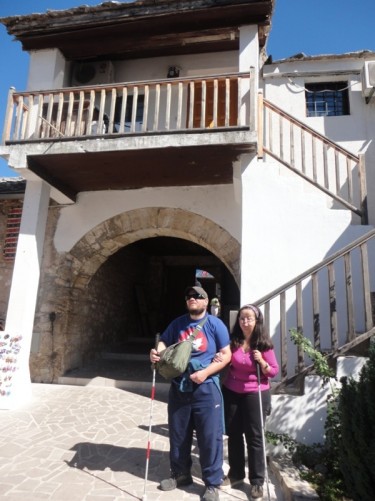 Tony and Tatiana by an archway entrance into the courtyard of the Koski Mehmed-Pasha Mosque. 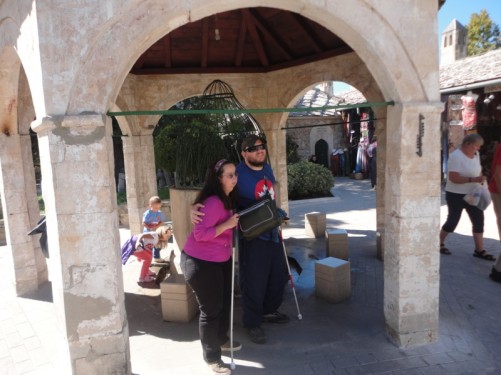 Tony and Tatiana by a fountain in the middle of the mosque’s courtyard. 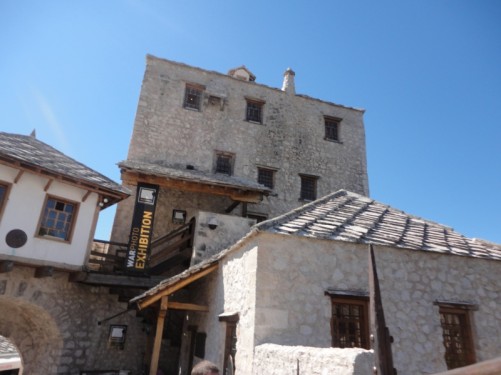 View of a stone building near the Old Bridge. Sign for an exhibition of photos taken during the 90s civil war inside.