Afternoon and evening of 24th September 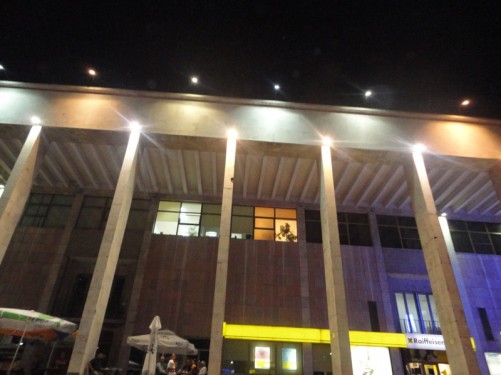 Outside the Opera House (also known as the Palace of Culture) in central Tirana, at the side of Skanderbeg Square. A café and shops are situated along the front. 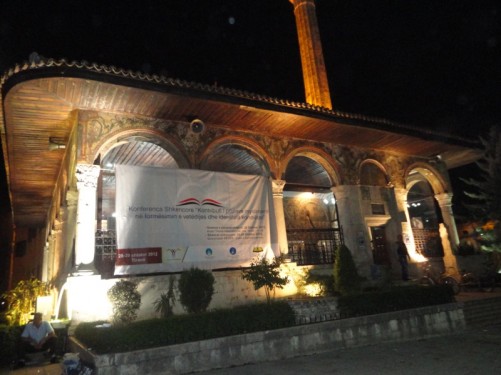 Ethem Bey Mosque, next to Skanderbeg Square. Construction was started in 1789 by Molla Bey and it was finished in 1823 by his son Haxhi Ethem Bey. Paintings can be seen on the outside walls: They include trees, waterfalls and bridges. 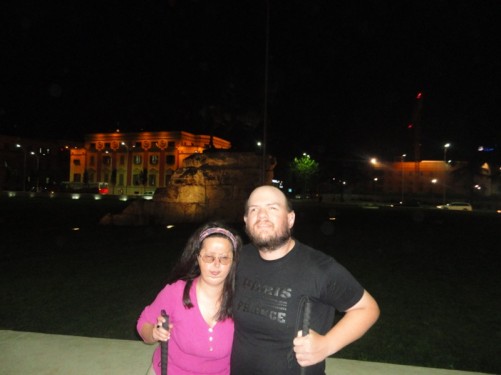 Tony and Tatiana in Skanderbeg Square during the evening. A statue of Skanderbeg on horseback is just discernible in the gloom. This 11-metres high (36 foot) monument was inaugurated in 1968 on the 500th anniversary of the death of Skanderbeg. George Kastrioti Skanderbeg (1405-1468) is regarded as an Albanian national hero for his role in leading the fight for independence against the Ottoman Turks.